Games with Gold is getting silly and melancholy next month, as the four new games run the full gamut of emotions. On the former side you have Shantae: 1/2 Genie Hero and Sonic Generations, and on the latter there’s Batman: The Enemy Within and Castlevania Lords of Shadow 2. What a wonderful mix, despite Lords of Shadow 2‘s faults. So let’s talk about them a bit.

Lords of Shadow 2 is free from March 1-15, and is probably the most complicated game of the four as it came at an odd time where Konami had no clue what to do with the Castlevania franchise in 2014. It had just hosted the mostly liked Lords of Shadow four years prior and released the polarizing Mirror of Fate, which brought the series back to its 2D platforming roots, a year before. In the end, Lords of Shadow 2 had some neat ideas but never managed to get the series back on track, and it’s been dormant ever since.

Batman: The Enemy Within, which is free from March 1-31, was a completed swansong for Telltale of sorts, as the company went under several months after Enemy Within was released. Although the last season of The Walking Dead was finished posthumously, some of the work was done by Skybound Entertainment. Enemy Within is actually the second [and currently, last] season for the Batman subseries, focusing mostly on The Joker.

Shantae: 1/2 Genie Hero is free from March 16-April 15, and stars the titular genie Shantae: a character that has a nearly two-decade history. Although where 1/2 Genie fits on the Shantae power rankings is up for debate, it’s a nice little platformer from WayForward and a decent gateway into the other games. As a note, this listing is the regular $20 edition: the Ultimate Edition, with more DLC, is $30.

And then there’s Sonic Generations (after Maude of course), which is free from March 16-March 31. Generations is coming out at the perfect time given that the feature film just came out a few weeks ago, and Generations itself is regarded as one of the more quality Sonic entries this past decade, buttering up fans a few years before Sonic Mania. 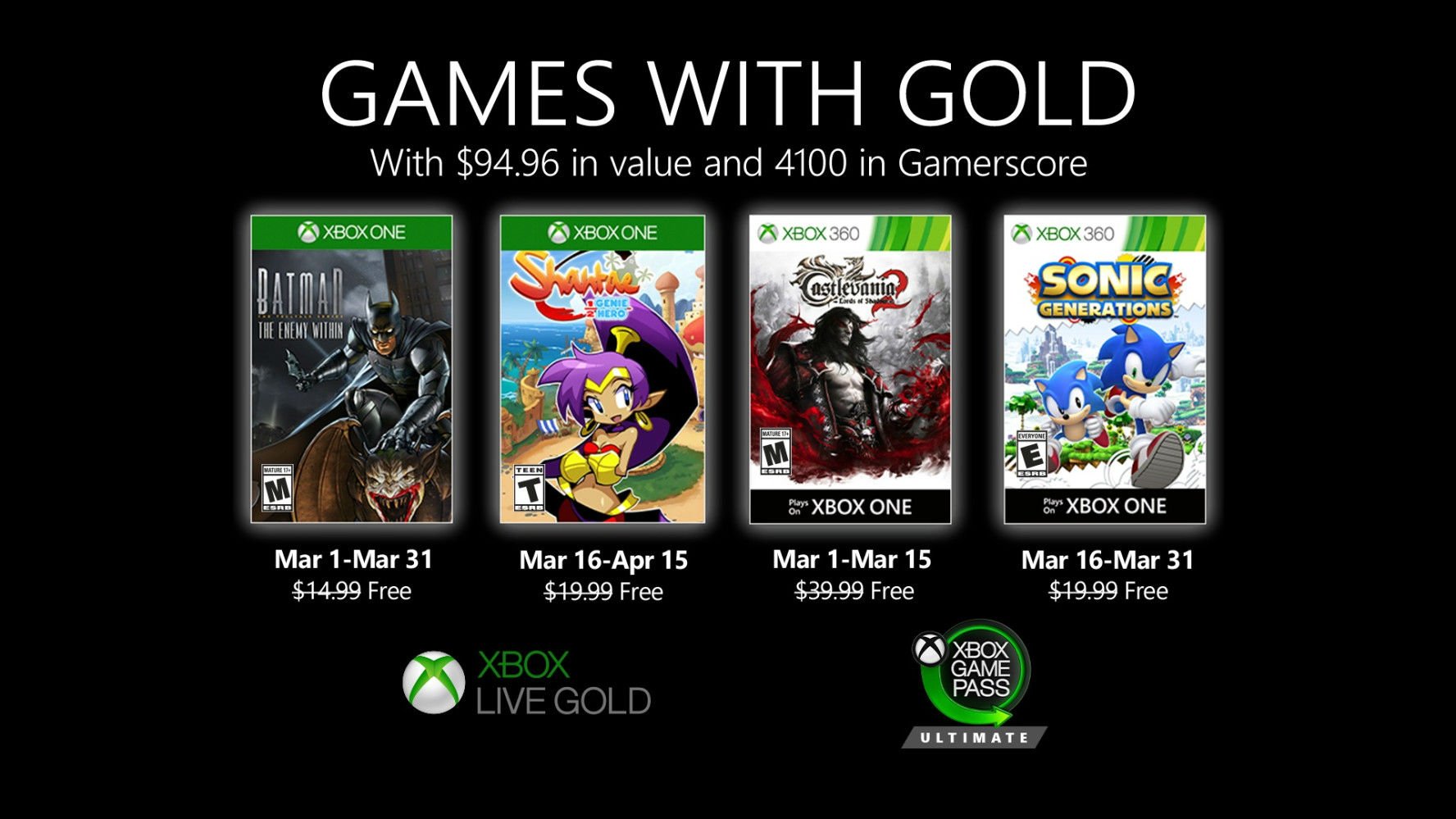