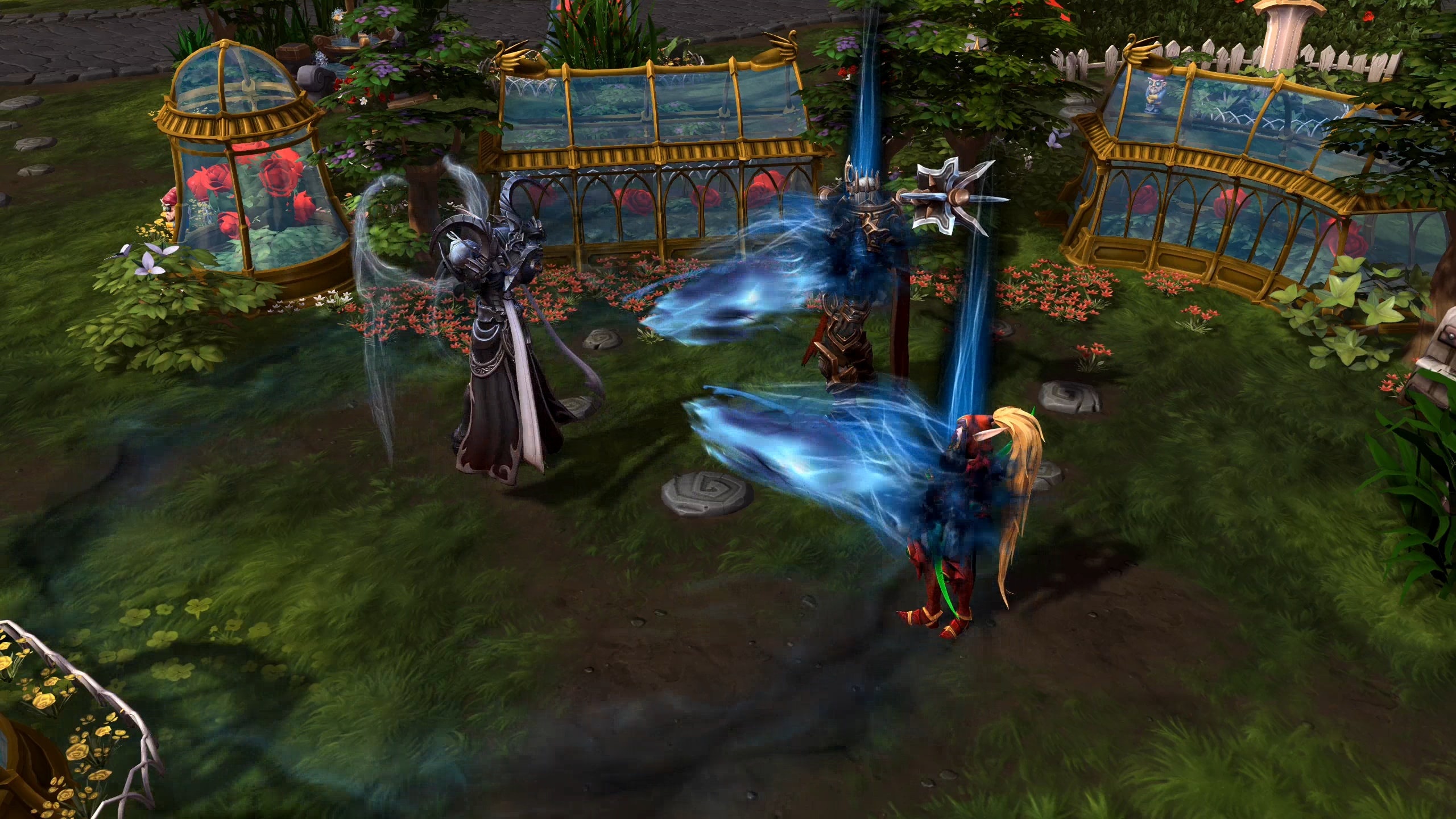 As well as the first quest Heroic

As one Destructoid reader pointed out, Malthael is one of the most requested characters for Blizzard’s Heroes of the Storm.

While I wouldn’t have thought that an expansion for a relatively new Diablo game would have beaten out a number of classic Warcraft, StarCraft, and even other Diablo heroes, the 2.0 update for the game that Reaper of Souls ushered in seems to have garnered a lot of goodwill. It was all worth it too, as he’s pretty fun to play.

What’s striking about the imposing yet slow moving, slow swinging melee Malthael is that he’s built almost entirely around his trait, which applies a debuff called Reaper’s Mark on enemies (both minions and heroes alike). It lasts for four seconds by default, reveals heroes, and ticks 2.5% of their maximum health every second. Without applying a mark via auto-attacks (which enables his other abilities) Malthael can only cast his E, a slow moving wave that applies — you guessed it — Reaper’s Mark to anyone hit. As it stands, he can’t use his area-of-effect drain Q or his Zeratul-esque W blink strike until he applies a mark to something.

This leads to a lot of careful planning and less ability spam, as you’re essentially trying to apply your mark at all times and surgically destroy a single enemy at a time while bloodletting a group. In some ways Malthael plays a lot like a stealth character without the actual stealth mechanic, leading to some really tricky plays based around applying his mark from the fog of war. I love marking someone, roughing them up, casting death sentence by way of Last Rites (one of his Heroics that brings back memories of the popular Final Fantasy spell), and just walking away as they’re obliterated. His waveclear is unexpectedly good to boot as you can apply marks to entire waves of minions and drain them with short cooldowns.

At first glance Malthael doesn’t seem to have any mobility (his basic kit is almost entirely offensive), but he can easily talent into it. By taking Fear the Reaper (level 1) and Inevitable End (level 13), he can gain a pass-through four-second movement boost and two-second unstoppable movement respectively, or opt for a straight 20% mounted speed increase instead of the former. While extra mount speed will be a nice bonus for larger maps, I can see the straight movement bonus being the go-to for a number of reasons, especially since Malthael is a killer chase-centric assassin when you’re constantly applying his trait.

There’s a few more mixups in his talent tree as well, most notably a buyback mechanic that lets him instantly respawn after a death at the cost of a 25% longer timer next time, and the option of a baked-in Heroic (ultimate) quest talent in Last Rites (which decreases its cooldown if an enemy is killed while it’s up). While the latter is going to be crazy against teams with squishies or out of place backline players, the former only kicks in at level 20, so it may end up being more of a gimmick than a game-changing ability. He also has plenty of counters too, as you can go into stasis (read: Ice Block or the like) to nullify Last Rites entirely. If he doesn’t apply his mark you can also kite him around with most ranged heroes.

For the time being I’m excited to try out Malthael in higher-level play to see what he can do. I wasn’t nearly as jazzed as some to see him enter the Nexus given how many other characters from the Diablo universe there are to choose from (will Deckard Cain ever get his due, or will he just be relegated to announcer status?), but his high risk-reward playstyle is much more enticing than I initially expected it to be. I doubt I’ll be using him as much as say, Genji (which I leveled to 15 in mere days), but I see the potential.

Malthael is currently available on the PTR for testing, and will presumably go live next week (June 13 is when the Diablo event starts).