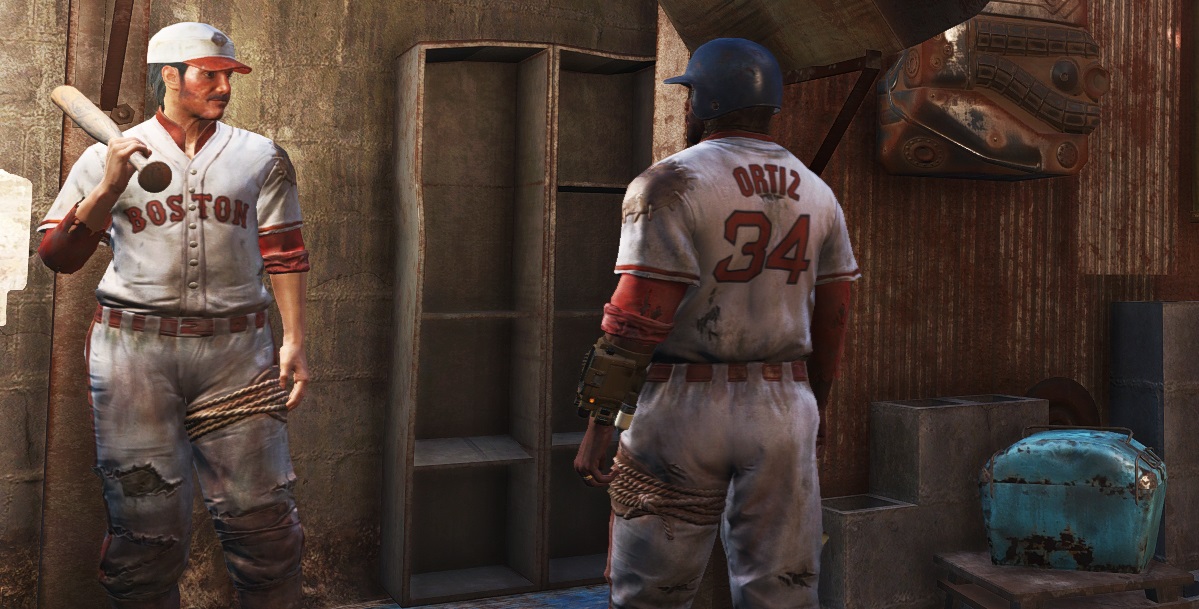 Fallout 4 takes place in Boston, the home of Major League Baseball team the Red Sawwwx. In fact, the club’s stadium, Fenway Park, serves a large role as one of the bigger settlements and markets in the game. One NPC even recruits you to find some signed memorabilia.

The ties to America’s pastime are great enough that one modder wanted to use the game to celebrate a Boston hometown hero. Richie Branson created a David “Big Papi” Ortiz mod that’s available to download. It’s basically a large Dominican man running around in a baseball uniform and hitting things with a spiked bat. It’s great.

Please note that when I say it’s great, opinions may vary. Major League Baseball, for instance, does not think it’s great. The league told the Boston Globe that it plans to take action. “The use of these marks is an infringement of our rights. We plan to enforce those rights,” an MLB spokesperson said in an email.

The move isn’t surprising from the no-nonsense organization. It’s a game steeped in stodgy tradition and insistence on “playing the right way.” Of course it’s going to nix something that has a bit of crossover appeal to an audience it wouldn’t otherwise be exposed to. I mean, what if someone catches a baseball game next season and thinks that Boston named its team after that one guy in that one Fallout 4 mod? The integrity of the game is not something to fuck around with.