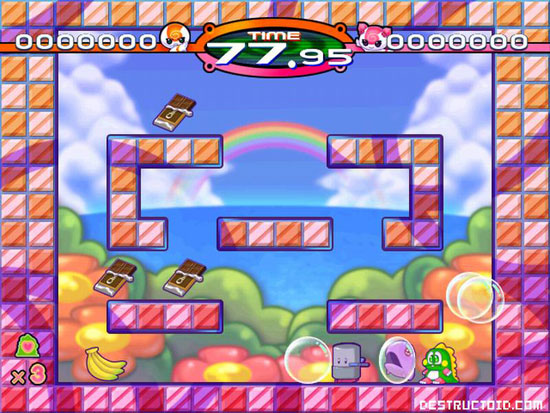 Normally, this is the post where I’d bitch about how I’m tired of all of the mini-games coming to the Wii. But the Majesco published Furu Furu Park, developed by Taito and 505 games, is so damned adorable that I just want to wrap it up in my arms and hug it until it chokes to death.

The game will feature 30 arcade-style mini games, all of which will take advantage of the Wii Remote’s motion capabilities. Games include Arkanoid, Bubble Bobble, Super Karate, and even Sonic Blastman 20XX, where you’ll punch at the screen to destroy asteroids heading for Earth.

Also included are three multilayer modes: Free Battle, Panel Attack, and my favorite, Love Challenge, where you’ll compete with your buddies for the affection of females. Just remember, guys: bros before hos.

Furu Furu Park comes to the Wii this fall.