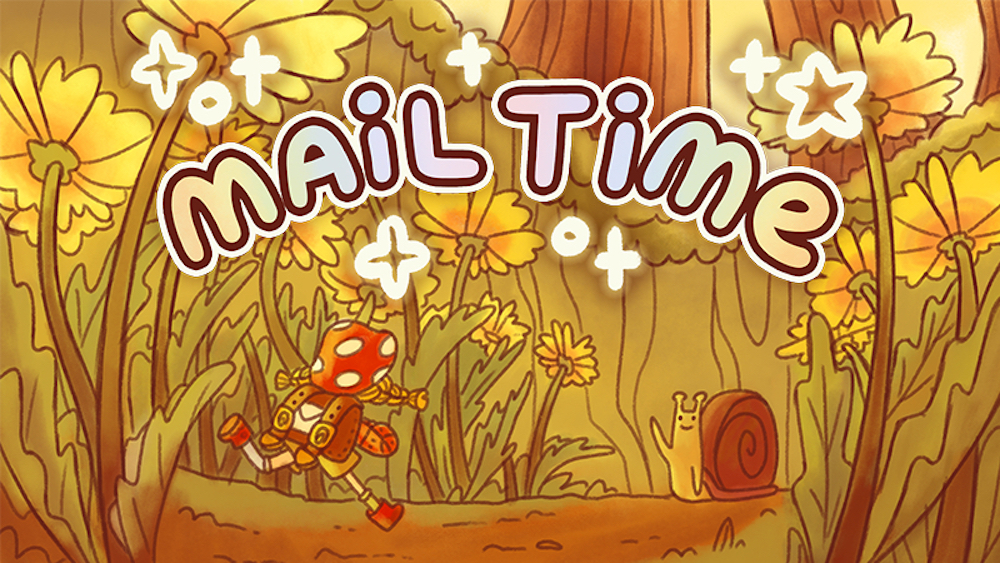 Hours before the main event of The Game Awards was the Wholesome Games’ Snack Direct, a showcase of some upcoming wholesome titles from developers who dwell in the aesthetic of cozy cottagecore. Mail Time is one such game. From developer Kela Van Der Deijl and publisher Freedom Games, this adorable-looking platformer was previously announced for the Nintendo Switch, PC, and Mac. Today, Freedom Games confirmed the game will also launch on PlayStation 4 and PlayStation 5.

I’m not one for the wholesome game scene as it’s burned me in the past and collect-a-thon platformers aren’t exactly my cup of tea, but the art direction for Mail Time is doing a lot of heavy lifting in getting me interested. Taking place in the warm and inviting Grumblewood Grove, the game puts players in control of a Mail Scout as they explore eight different locations delivering mail, listening to stories, and collecting bottle caps. The developer is promising an inclusive experience with this one, letting players choose their Mail Scout’s pronouns in addition to the standard character customization options.

With the 2023 release schedule up in the air right now–we’ll see how that changes after tonight–Mail Time won’t have much competition when it launches for Switch, PS4, PS5, PC, and Mac in April.