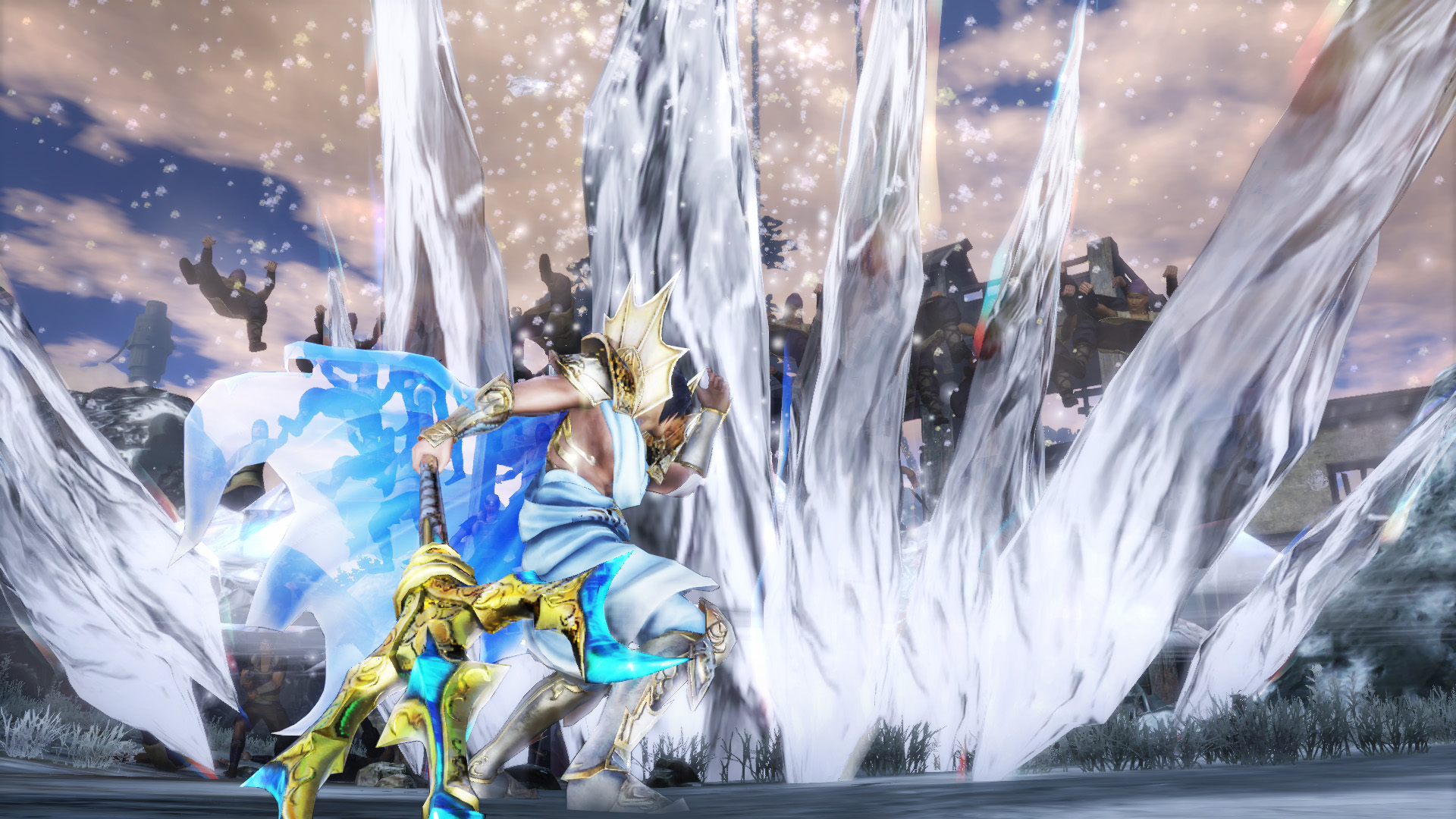 Hands-on with the Switch build

Very early in the life-cycle of the Nintendo Switch, Koei Tecmo made it clear it was going to bet big on the system. In Japan, the publisher has ported many of its games to the device with apparent success, including several of the older titles in the Warriors franchise. Warriors Orochi 3 Ultimate, Samurai Warriors: Spirit of Sanada, and Dynasty Warriors 8: Empires all saw release on the system exclusively in Japan, as well as the Hyrule Warriors: Definitive Edition, One Piece: Pirate Warriors 3 and Fire Emblem Warriors titles we got in the west.

This pledge of support for the system continues this month with Warriors Orochi 4. After dabbling with an open-world concept in Dynasty Warriors 9, Orochi 4 carries on the traditional, level-based structure the series is best known for.

For those unfamiliar, the Orochi series takes characters from Dynasty and Samurai Warriors’ games and transports them to a twisted world of Orochi’s creation to have heroes from both series do battle with the Serpent King. In Orochi 4, it’s the Greek god Zeus who brings together the two franchises, giving the spin-off its first taste of non-Asian influence. Zeus is one a several new characters from Greek and Norse mythology making their debut in the series, bringing the total number of playable characters to 170, a Guinness World Record for the hack-and-slash genre.

The gift of magic is bestowed upon players during the second mission of the game. Characters in possession of Sacred Treasures have access to magic attacks that use a constantly-filling meter that’s shared between the player’s three party members. The attacks are all pretty ridiculous. Whether I’m catching enemies in the undertow of a massive wave I’m surfing, lobbing globs of water at opposing Generals prepping for their own magic attacks, or striking down a massive group of soldiers with a rainbow explosion, magic adds a much-needed sense of silliness to an otherwise bone-dry narrative.

Magic can also be used to summon a mount that gets players across the battlefield much faster than on foot, while also negating any flimsy attacks from enemy grunts who can often, and annoyingly, bring you to a complete stop with one hit.

The whole system is incredibly fun to use and a wonderful addition to the time-tested gameplay, but it doesn’t always look as spectacular as I’d hope it would. This could have more to do with the version I tested rather than an indictment of the product as a whole. On Switch, at least with the levels I was able to play, everything looks a bit dreary and drab. The game runs well, though there is some slowdown when activating certain unique magic attacks and enemy pop-in is persistent. Aesthetically, it’s a step down from the wonderfully colorful worlds of Hyrule and Aytolis, but it’s on par from what I’ve experienced with past Samurai Warriors games on Nintendo systems.

Warriors Orochi 4 releases for Switch, PS4, Xbox One, and PC on October 16 in North America and October 19 in Europe and Australia.