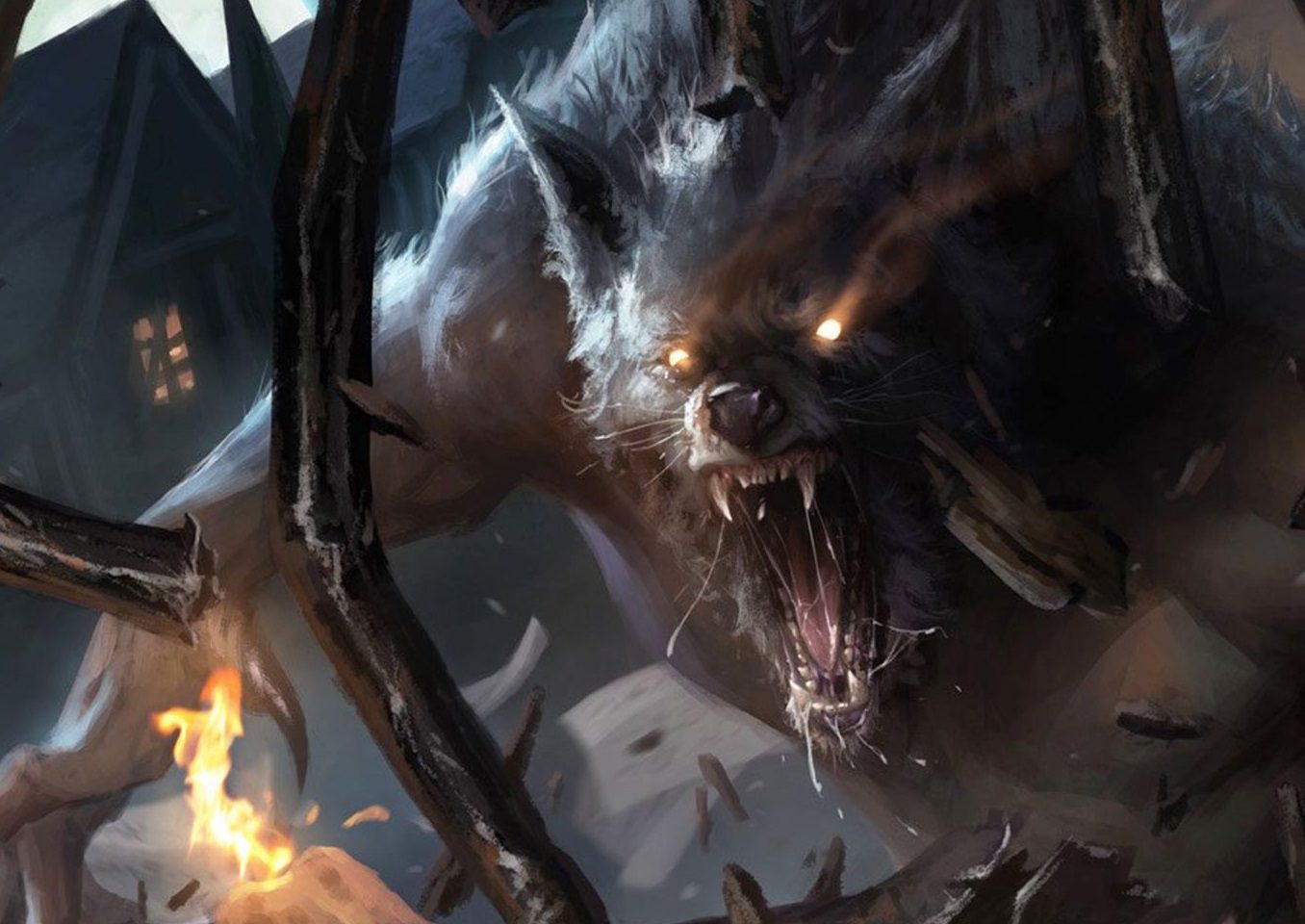 Due on September 16 in Arena, with a paper launch shortly after

Wizards of the Coast is betting big that the return to the gothic horror-themed Innistrad theme is going to be a hit: so much so, that it’s actually a multi-release set, the likes we haven’t seen since Ravnica in 2018-2019. First up is Midnight Hunt, which is going to make a splash in just a few weeks. We got a chance to preview the set with Wizards, and get a look at some of the keywords and mechanics that are returning and debuting.

Worldbuilding design manager Meris Mullaley perfectly conveyed the potential of the set, noting that while the vibe was still “gothic horror,” the art and lore teams were able to really draw out the “deeply spooky lurking shadows” element of the plane. Amazingly, this is actually shown in many cards, with little Easter egg shadows or a creepy relic just hanging out in a corner nonchalantly.

Mechanically, several very familiar things are returning, namely more dual lands that come in tapped unless you control two or more lands. The set will also feature daybound and nightbound keywords, which are dual-purpose cards that transform. This is mostly used to showcase humans turning into werewolves after specific conditions are met.

Let’s take Tovolar, Dire Overlord. As a three-cost legendary creature, at the beginning of your upkeep, if you control three or more wolves and/or werewolves, it becomes night. At that point you transform any number of human werewolves you control. and in nightbound form, Tovolor changes into the Midnight Scourge, a werewolf himself.

With all of the triggering conditions this will be much easier to play/keep track of in Magic: Arena. About that! We asked how this will all work in Arena, and principal product designer Mike Turian noted: “double-faced cards are easier to operate in Arena. It helps with the tracking…they do a good job of leveraging digital to help out gameplay.” It definitely cuts down on the brain burn.

There’s also a disturbed keyword that lets you pay a disturbed cost to cast something from your graveyard, as well as decayed, which prevents creatures from blocking, and forces them to be sacrificed at the end of combat. The coven keyword triggers when you control three or more creatures with different power levels (in other words, a 1/2, a 2/2, and a 3/2), which causes an effect. As far as planeswalkers go Arlinn is returning and she’ll sport a werewolf form just like Tovolar (but with planeswalker capabilities), including daybound and nightbound shenanigans.

You’ll be able to play Innistrad: Midnight Hunt on September 16 in Magic: Arena, followed by a pre-release from September 17-23, and a full release on September 24. After that, Innistrad: Crimson Vow is due out on November 12-18 in pre-release, with a November 19 wide date. Then we’re on to the next set in January of 2022. As Mulalley informs us, there will be a web fiction piece that covers events through Crimson Vow to bridge the gap: “it made a lot of sense for them to be two parts of a larger narrative,” she says.

It’s a bit rapid-fire, and standard is going to get a huge shakeup soon as rotation is looming. With Eldraine out of the picture (thank God), we should see some pretty interesting decks. Theros, Ikoria, and Core 2021 are set to cycle out as well.

You can find a full gallery of Midnight Hunt cards below!

Filed under... #Magic: The Gathering Arena#mobile#PC