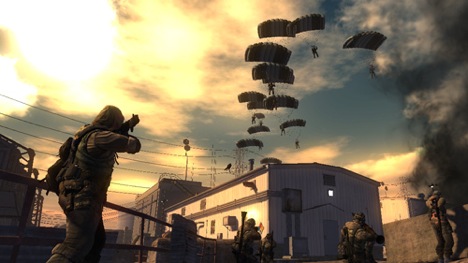 If you happened to be hiding under a rock during E3, or just entirely too disappointed by Nintendo’s conference, you may have missed Sony’s unveiling of MAG. The game is being proposed as a multiplayer juggernaut, with the possibility of 256 players simultaneously taking the battlefield. Naturally, after hearing about its scope, you begin to question its complexity or the amount of compromises that Zipper will have to maintain to make this game possible. Rade Stojsavljevic, Senior Producer at Zipper, recently implied on PlayStationBlog that MAG would not have to compromise its action or gameplay elements:

Though it’s early to talk in depth about MAG, we can definitely quell some fears we’ve already heard from you about how MAG will need to compromise on gameplay to support its size. Well, it may be massive but it is an action shooter at its core. You can run around and shoot enemies, throw grenades, and drive vehicles just like any other shooter except with MAG you’ll do it with up to 256 players.

Rade then goes on to say that Zipper’s work with SOCOM has given them the knowledge to make MAG a working title. Also, Rade totally let it slip during the interview. We now know that you can shoot people and throw grenades in MAG. We would even be willing to suggest that you can throw grenades at people, or even shoot a person while another person throws a grenade at him.