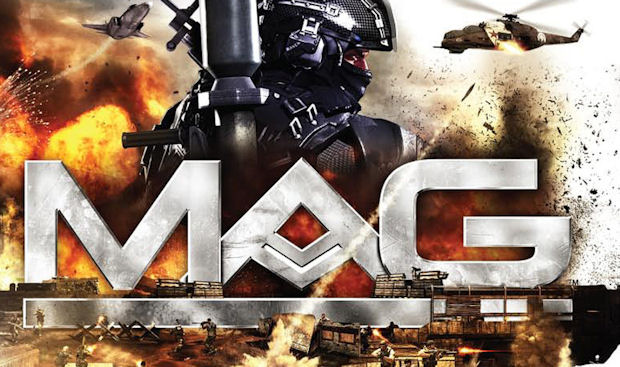 Zipper Interactive are good people. Not because their PS3 exclusive Massive Action Game is any good (I don’t know if it is or isn’t yet), but because they chose a great slow news day to post the box art for the aforementioned game. Desperate bloggers such as myself are now forever in Zipper’s debt.

So here it is, the official box art for MAG. To help pad out the article even more, Zipper has also shared some interesting statistics from the game’s beta phase. If you’re into this huge first-person-shooter, check out the data:

Nearly 18 million kills were made and an excess of 700,000 million shots were fired.

The Top 3 most played maps all belonged to the Sabotage mode. They were, in order, Syr Darya Uplink, Darien Network, and Copper Hills Relay.

Those are lot of numbers and things! I’ve heard mixed reactions concerning the MAG beta (I had a key and could not be bothered to spend ten thousand years downloading it) but despite the concerns I’ve seen, I still remain quite hopeful that it will be a cool shooter. Ever since Killzone 2 basically fell apart, I’ve been looking for a good PS3 shooter to get into. We’ll have to wait and find out if MAG is that shooter.