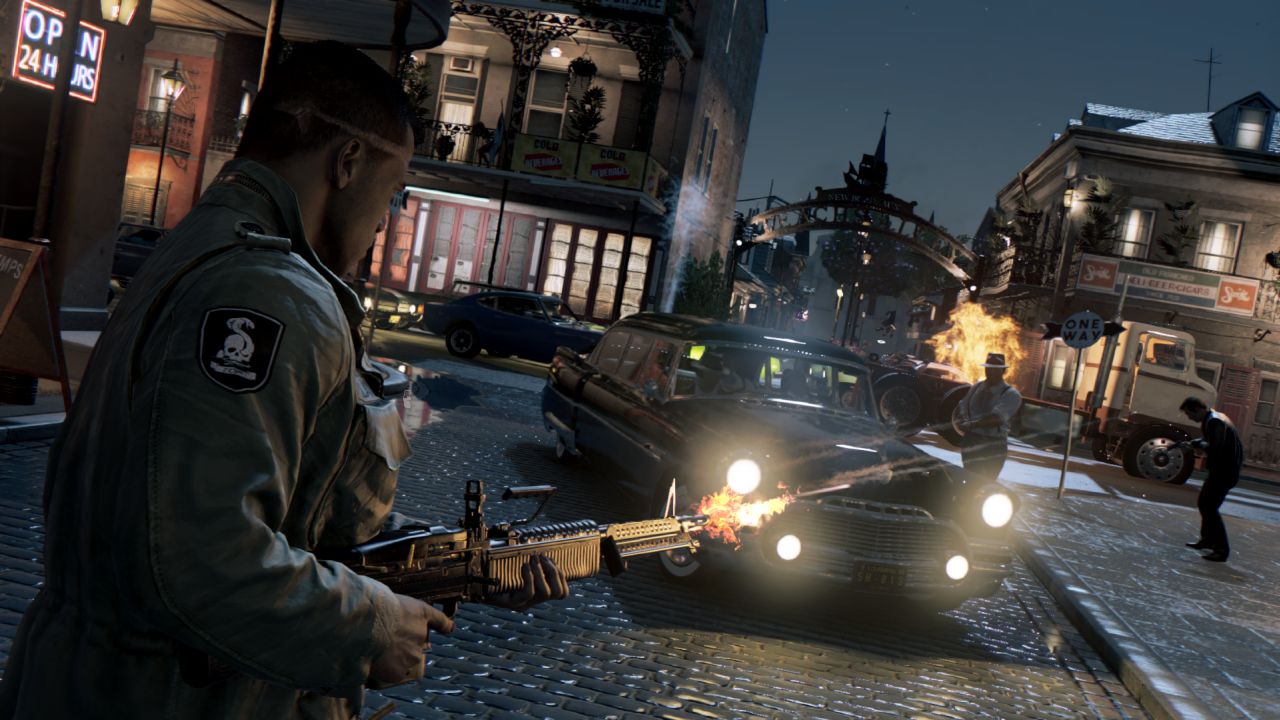 Further proof positive that I am bad at this job. That headline is an extremely unclickable headline. John McEnroe references in 2016? Like, who’s going to understand that? I cater to the four percent of people who understand both crime syndicate jargon and 1980s tennis greats — not a winning formula as far as internet popularity goes.

But, you’re here, so why not stay to watch Mafia III‘s Lincoln Clay off underboss Tony Derazio? There’s all the lurid violence you could possibly expect — one three-second sequence featuring an execution-style shot to the back of the head followed by a Babe Ruthian clubbing with a shotgun.

By the end, you’ll wonder if skydiving without a parachute is the new swimming with cement galoshes. Organized crime tropes rarely get meaningful shakeups.