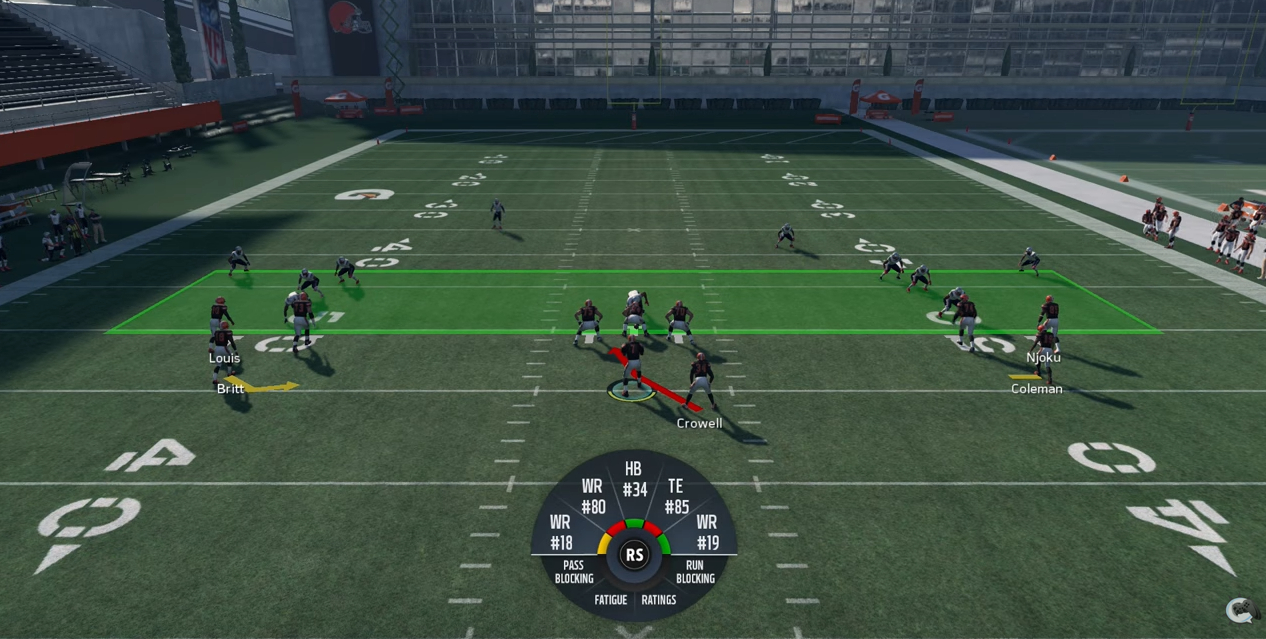 Though it’ll get fixed in a patch soon

A handful of teams (Browns, Titans, Bengals, Ravens) have a formation that the AI in Madden 18 can’t stop. It’s called Gun Monster, and it sends the two exterior offensive linemen out wide. And while you’d think a running play with only three offensive linemen would be doomed, Madden‘s AI reacts by sending defensive players to cover the tackles-turned-wide-receiver, guaranteeing you chunks of yards on the run.

EA told Kotaku its “aware of an issue with the Gun Monster formation which is causing problems with in-game AI” and that it “will be fixed in a forthcoming Title Update,” so rack up those free yards while you can.

Meanwhile, if a human player tries to use it on you, you can always audible into a field goal block to stack the line, or just call man coverage and pinch your defensive line.