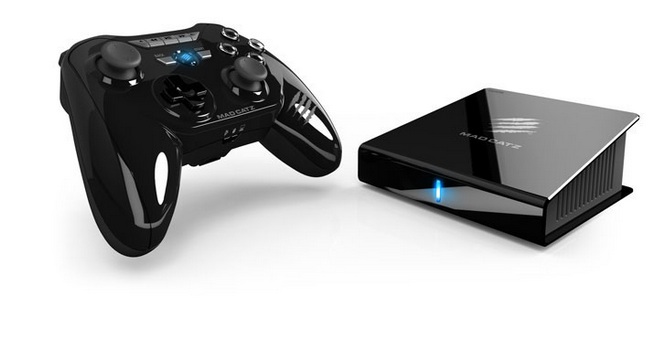 Mojo, Mad Catz’s little Android console for your living room, is set to hit shelves on December 10. They announced today that it will be priced at a yikes-faced $249.99 in USA, and for 249.99 Euro in Europe.

Mad Catz announced the specs for the unit today. Its heart is a NVIDIA Tegra 4 T40S 1.8GHz processor, supported by 16GB of storage, 2GB of RAM, and Android Jelly Bean as the OS. You’ll get Bluetooth, Wifi, a microSD slot, and HDMI out on this little tiny thing, too.

Aside from the system itself, that $250 gets you a wireless controller, HDMI cables, and AA batteries.

It’s up against the Ouya and GameStick, of course. This one seems to be a bit more powerful than the others.