Speaking to a crowd at Comic-Con this week, Kingdoms of Amalur: Reckoning art director Todd McFarlane let slip a possible release date month for the title. Well, at least as far as he knows.

We reached out today to EA to see if they would tell us otherwise, but were simply told that “Reckoning is coming early 2012, we have yet to officially announce any further details regarding its release date.” 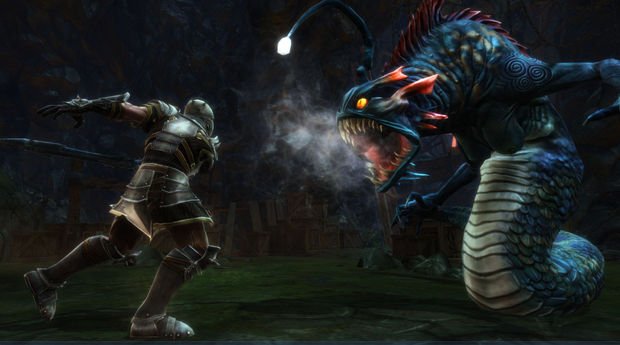 To MacFarlane’s credit, February is in early 2012, so maybe he knows something EA isn’t ready to tell us just yet. Retailer GameStop is currently listing the title for a January 31 release, which is like totally almost February.

I saw Reckoning at developer 38 Studios’ offices (which is right around my neck of the woods here in Baltimore) earlier this year, and was impressed. I had a brief hands-on just prior to E3 and was even more impressed by the game’s solid, third-person action combat. With a solid open-world RPG core backing it up, it’s a game that’s definitely on my radar for 2012.