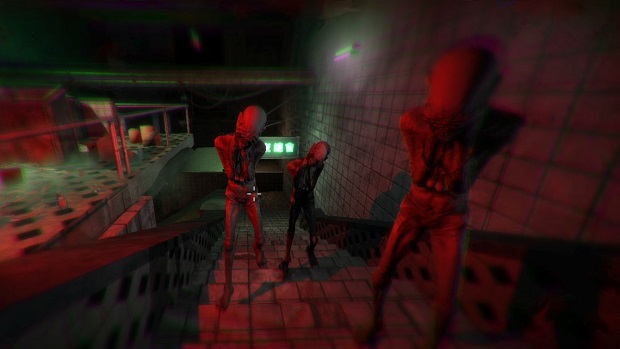 If you’re unfamiliar with the project, Phantasmal is described by its creators as a procedurally-generated action horror game. Influences on the title include videogame horror staple Silent Hill, iconic roguelike The Binding of Isaac, as well as the writings of celebrated weird fiction author H.P. Lovecraft.

Phantasmal is set in a fictional version of the infamous Kowloon Walled City, before its destruction in the ’90s. It’s a darkly beautiful-looking title, with atmospheric environments created by Hollywood lighting director Brian Bell, whose work includes films such as The Life of Pi, Riddick, and The Ring 2.

Eyemobi’s twisted take on the FPS roguelike strongly encourages stealth over combat and incorporates a Lovecraft-inspired sanity meter which diminishes your mental and physical states as you encounter the title’s numerous, shambling horrors.

Phantasmal also plays with an interesting light mechanic, forcing you to sacrifice your ability to see your nightmarish pursuers by extinguishing your flashlight when in their presence or alternatively quickly go insane if you face them in your light’s glare.

If you’d like to learn more about this delectably creepy take on the roguelike, please make sure to drop by its Steam page or the official website for more information. Phantasmal is currently available for the PC and is priced at $14.99.