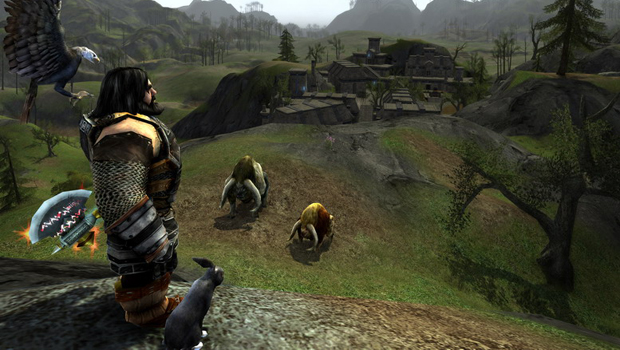 So yeah, you can now legitimately buy a level 50 boost for your Lord of the Rings Online characters directly from the developers via the MMO’s online store until December 19.

They’ve named it the ‘Gift of the Valar’ and it’ll cost you 4,995 Turbine Points (6,300 TP costs $59.99, and that’s the most inexpensive option you’ll have if your account is empty). On top of instantly raising the level of your character to 50, the Gift of the Valar also comes with the following in-game items:

So what’s the point of playing  to level 50, when you can simply whip out a credit card and skip entire sections of a free-to-play MMO?