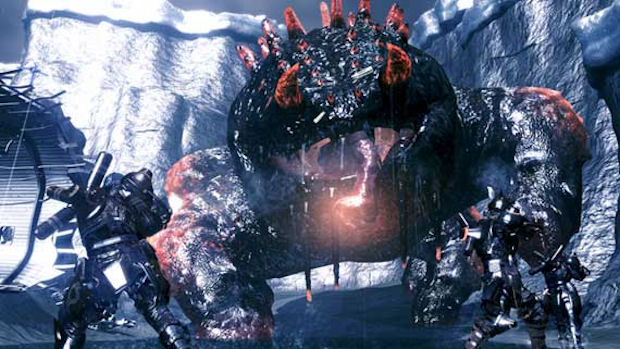 As part of today’s Capcom announcement explosion, it has been revealed that Lost Planet 2 will be collaborating with Microsoft to incorporate characters from Gears of War. The strange meeting of minds will see Marcus and Dom from the brawny shooter series appear as playable beefcakes in Capcom’s alien-exploding sequel. Isn’t that nice?

As you know, a release date has also been revealed, with Lost Planet 2 scheduled to hit worldwide consoles on May 18. It’ll release for both Xbox 360 and PS3, although it’s fair to say that the PS3 version probably won’t be welcoming Gears of War characters so wholeheartedly. Perhaps the PS3 will get its own unique characters, but nothing’s been said so far.

In any case, there’s some fun stuff for you. Isn’t that nice?