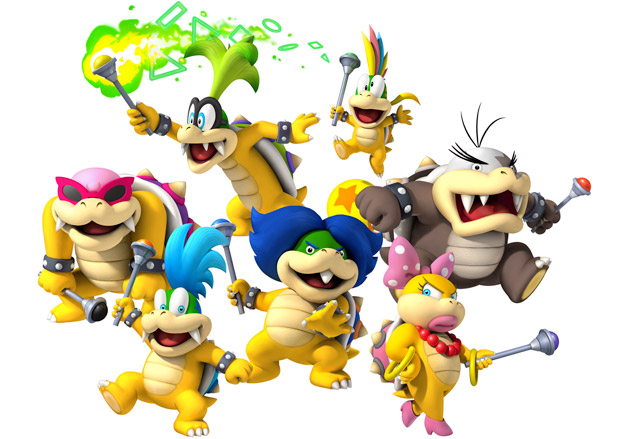 Even though the serious lack of a playable Princess Peach in New Super Mario Bros. Wii is disappointing, I can’t stay mad. Watching this gameplay footage always leaves a smile on my face, and I’ll be in need of a light-hearted game soon, what with Modern Warfare 2 and Left 4 Dead 2 also arriving in November.

It’s weird that there hasn’t been more buzz for NSMB Wii lately; or maybe there is and I’m just not seeing it. A new side-scrolling Mario game? If we were living in the early 90s, we’d be losing our collective s**t right about now.

In the hope that this will get everyone talking about the game again, here is a small collection of character artwork Nintendo released today. The Koopa Kids are looking good — I can appreciate the subtle changes that were made. And as for invincible Mario … I’m absolutely mesmerized here. Must. Look. Away.