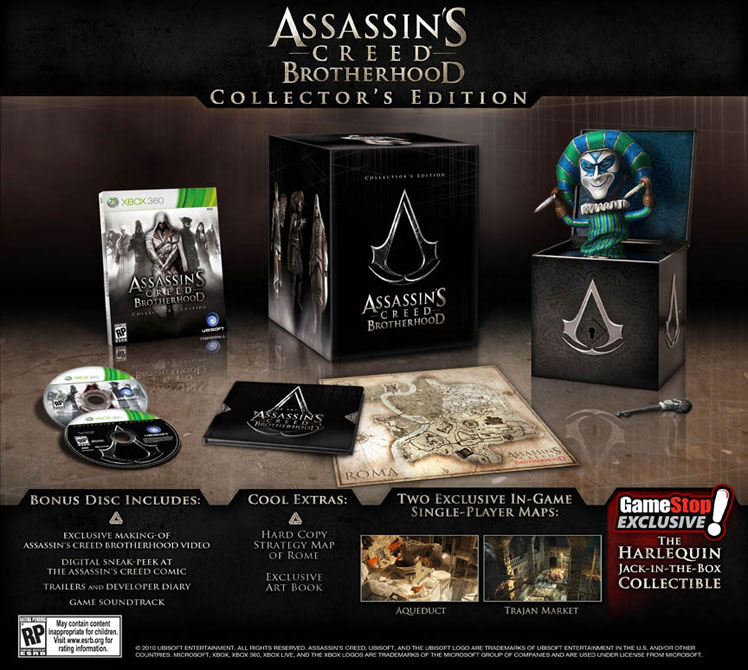 Ubisoft has revealed the details of the upcoming $99.99 collector’s edition package for Assassin’s Creed: Brotherhood. Make some room in your house — it’s packed with stuff.

In addition to the game, you’ll get two exclusive in-game single player maps (the “Aqueduct” and “Trajan Market”), a physical copy of a map of the game’s Rome, along with the requisite art book. Additionally, you’ll get a bonus disc which details the making of the title, includes a sneak peek at the upcoming Assassin’s Creed comic book, as well as the game’s soundtrack.

But if you’re looking for something to prop up on your shelf, you might be interested in the collectible “Jack-in-the-Box” that comes with the package. GameStop will be getting the Harlequin exclusively; other retailers will have The Doctor “Jack-in-the-Box” packed in. GameStop pre-order customers, as previously noted, will also receive a code to download the exclusive Harlequin multiplayer skin.