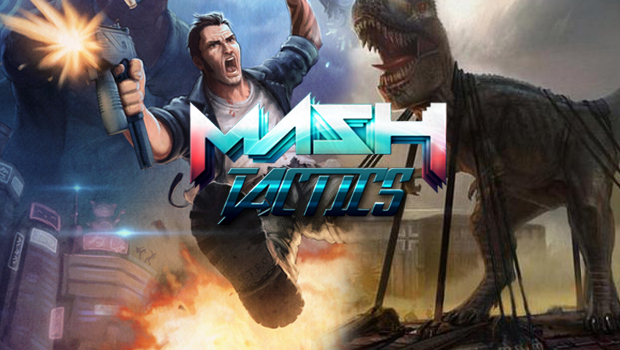 Kick off your week with a bit of stupid multiplayer fun, tonight on Mash Tactics. We’ll be starting with a bit of quirky deathmatch action in The Showdown Effect. I’ve been playing this over the weekend, and while slightly simple in it’s mechanics, it’s also amazingly fun with a full group of friends. After that be sure to check out some silly dino blasting shenanigans, as we jump into Dino D-Day. This game isn’t the most polished thing out there, but, it kind of reminds me of a WWII version of Dino Riders, so that’s a good thing. Plus, it’s only $2.50 on Steam, get some!

If you’re thinking the festivities at our live channel are over after Mash Tactics, you’re thinking wrong. It’s never over. Be sure to stick around into the late night hours with Nekobun, for Dbumps In The Night. Tonight Neko’ will be finishing off his current playthrough of The Walking Dead as he jumps into episode five, No Time Left. Grab your coffee, beer, what have you, and buckle up for hours upon hours, of epic live awesomeness at Dtoid.TV!

QotD: Would you be interested in seeing videogame character battles here at Dtoid?