Game Freak has announced that its think-’em-up RPG Little Town Hero is coming to PS4 in June, and will receive a similar physical release to its Nintendo Switch brethren in the form of the Little Town Hero: Big Idea Edition.

Released back in October of last year, Little Town Hero is a cutesy adventure game which sees a bored young boy name Ax finally embark upon the exciting escapades he has long dreamed of when a gaggle of ghastly monsters invade his quaint, sleepy village. No match for the invaders in terms of physical strength, Ax and his friends must drive the enemy back using the games “ideas” mechanic, implying adaptation and forward-thinking over rage-fueled sword-swinging. You can check out our own Adzuken’s review right here. 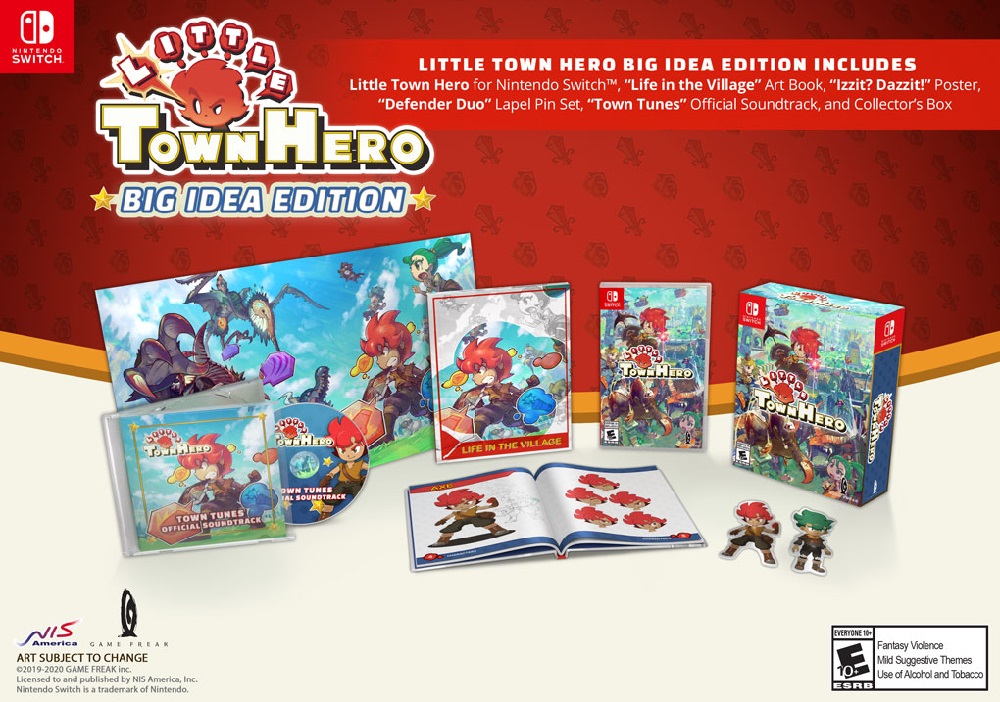 Much like the Nintendo Switch release pictured above, the PS4 Big Idea Edition will include a boxed physical copy of the game, a soundtrack CD, a mini art book, a lapel pin set and a poster featuring Little Town Hero’s charming splash art. A staggered release will see the PS4 edition launch June 2 in North America, June 5 in Europe and June 12 in Australia.