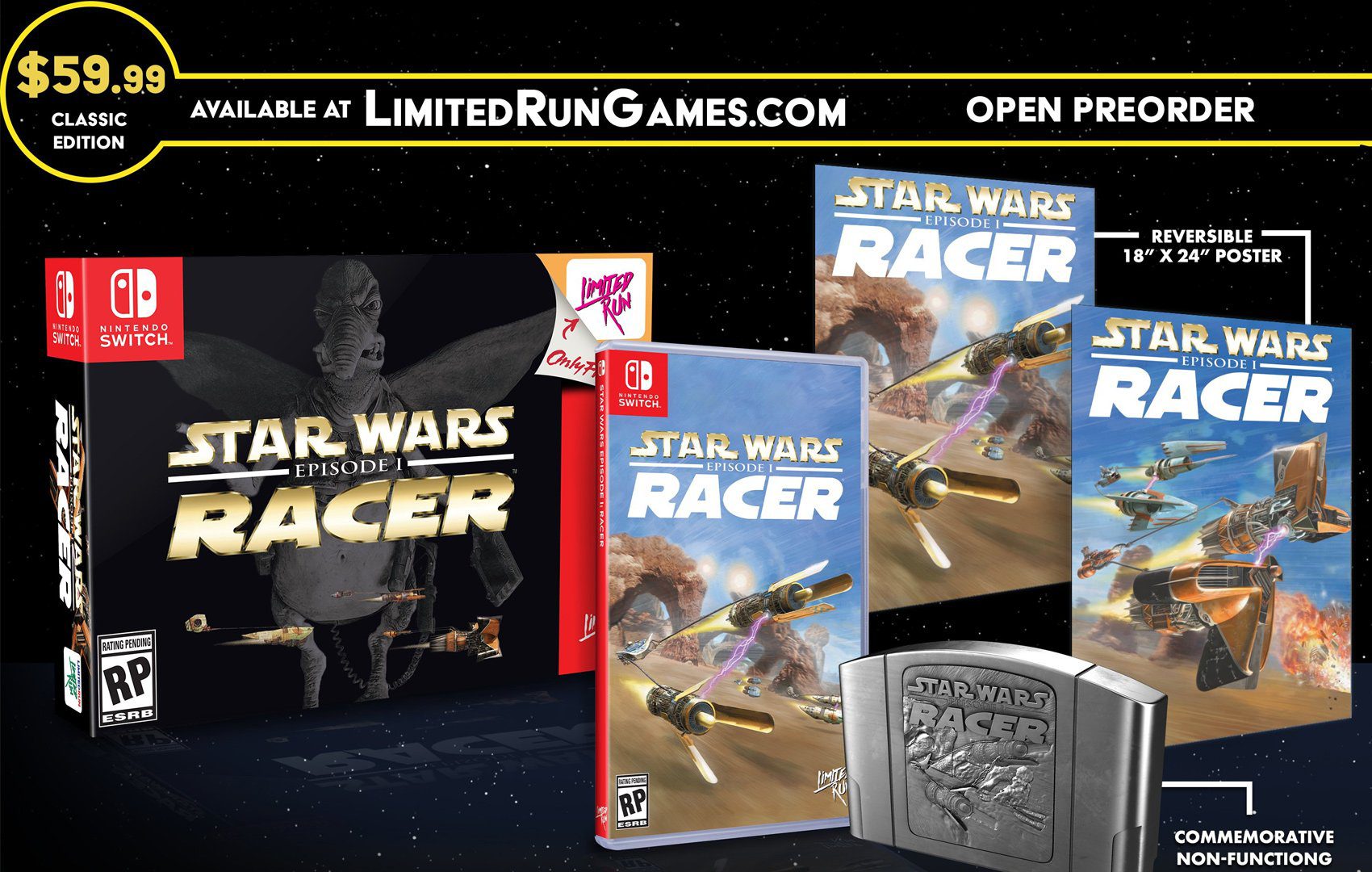 I’m not usually in the market for Limited Run Games’ physical releases, but I enjoy seeing what they put together for older games I have a history with. What can I say? I’m a perpetual window shopper.

Star Wars Episode I: Racer is getting a trio of physical copies from Limited Run in July, from the most basic boxed copy on PlayStation 4 and Nintendo Switch to the decked-out, goodie-filled collector’s edition. The middle of the pack – the $59.99 classic edition of Episode I: Racer – hits the sweet spot.

The standard physical edition of Star Wars Episode I: Racer for folks who resisted the digital version last week.

The classic edition comes with a ridiculous (yet fitting) metallic cartridge. I’m having Pokémon card flashbacks.

The premium collector’s edition of Episode I: Racer won’t be as easy to pick up.

There’s just something about N64-style boxes (to say nothing of faux cartridges) that speaks to me on a fundamental level. Maybe it’s the little peeled-back “Only From” label in the corner. Maybe it’s the audacity of plastering Watto on the cover (exactly like the original). Either way, this is the good stuff.

As announced on Twitter, Limited Run Games will hold a PS4 and Switch pre-order period for four weeks starting at 10:00 a.m. Eastern on July 10, 2020, so there’s time to get an order in. That said, if you’re thinking of going big with a premium edition of Star Wars Episode I: Racer, the pricier set will be sold in limited quantities – you’ll need to stop by at 10:00 a.m. and/or 6:00 p.m. Eastern on July 10.