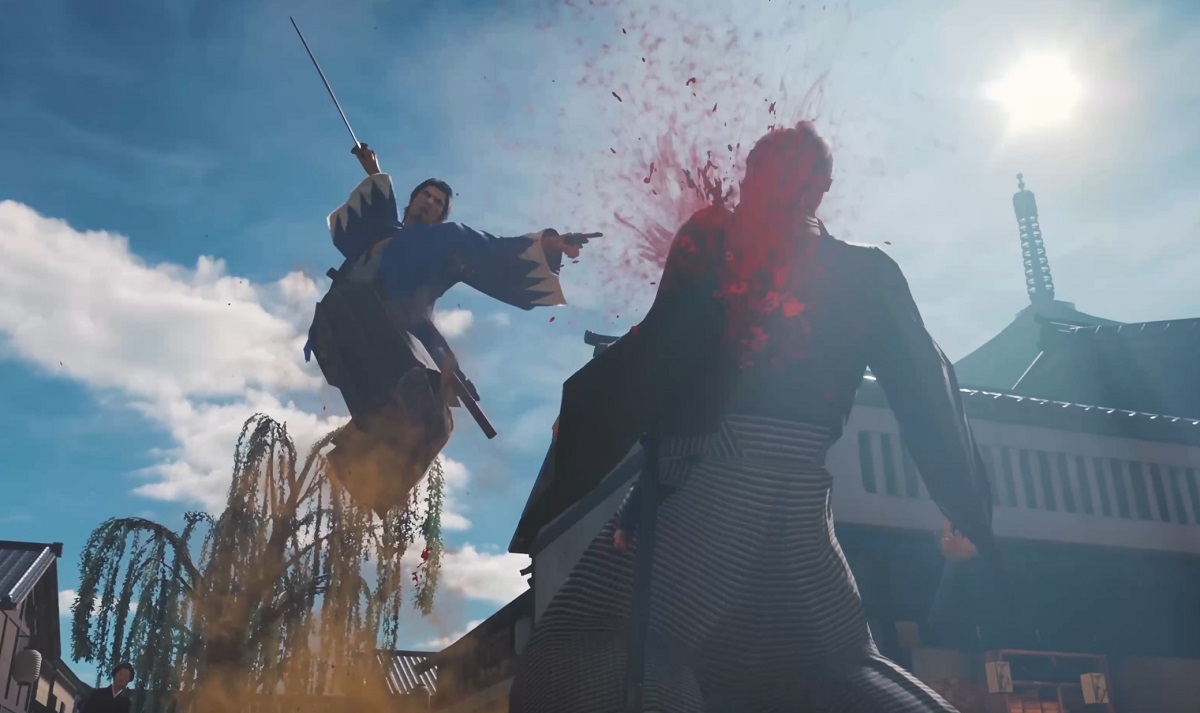 A little less forgiving than his ancestors

Ryu ga Gotoku Studio has released an action-packed trailer for its upcoming remake Like a Dragon: Ishin! spotlighting hero Sakamoto Ryoma as they embark upon a claret-spewing quest of honor and violence, set against the backdrop of 17th-century Japan. It looks to be a pretty brutal affair.

The Like a Dragon: Ishin! trailer focuses specifically on the remaster’s combat mechanics, and sees our stoic protagonists engage with an army of samurai, ninja, and mercenary soldiers — utilizing several different fighting styles that all lead to the same result: a lot of blood and a lot of bodies. We see Sakamoto demonstrate four arts in all — Swordsman, Gunman, Wild Dancer, and Brawler — as he battles his way past insurmountable odds on his mission of vengeance. Sakamoto’s wrath sees him lay waste to the opposition with fists, feet, cold steel, hot lead, and even a combination of all four simultaneously!

Like a Dragon: Ishin! is a long, long, long-awaited localization of the 2014 PS3 release Ryu ga Gotoku Ishin! brought up to speed with the power of Unreal Engine 4. Ishin! concerns the events of ronin Sakamoto Ryoma, an ancient ancestor of Like a Dragon protagonist Kazuma Kiryu, as they search for the killer of the father in the Bakamatsu age of Japan’s Edo era. While it has been an exceptionally long wait for series fans, this remake looks set to deliver, freshly repainted and given a serious gameplay boost.

Like a Dragon: Ishin! launches on PlayStation, PC, and Xbox platforms on February 23.