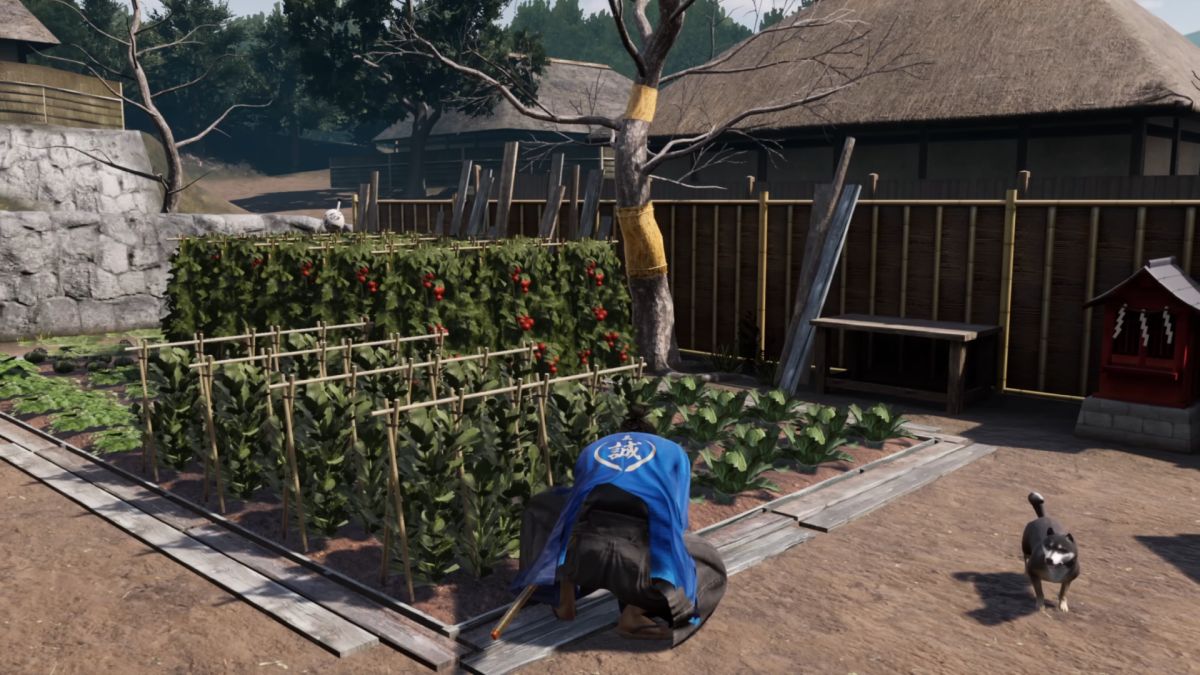 Sheathe the sword and pick up the chef’s knife

For as much as the Like a Dragon series has been about its over-the-top action and absurd comedic moments, it’s also garnered a following for its mini-games. With that spirit in mind, Like a Dragon: Ishin! is highlighting its farming life mode in a new trailer.

In a mode called “Another Life,” Ishin protagonist Ryoma leaves the violence for another day and instead tends to his quiet farm. We see a host of different mini-games and activities here, centered around living off the land. There’s harvesting crops, chopping up veggies and preparing meat through cooking, and yes, even pets.

It’s something special seeing a dog do a backflip. This side story seems to be bringing a heaping pile of peaceful slice-of-life warmth to the table, and I do enjoy that.

Like a Dragon: Ishin! is the updated version of its historical fiction predecessor, which takes the cast of the Like a Dragon series and has them play out a story in a real, historical setting. Longtime series protagonist Kazuma Kiryu stars as Ryoma, and other characters from the series are set to appear as well.

Ishin is one of the Like a Dragon entries that hadn’t arrived in the West yet. An official launch on modern consoles makes this a bit easier to get a hold of and play. Plus, now U.S. players can experience the joy of tending to a farm in 1860s Japan. Of course, there will still be fighting, intrigue, and plenty of drama. It’s nice to have options, though.

If the quiet life appeals to you, you won’t need to wait long to experience it either. Like a Dragon: Ishin! arrives for PlayStation 4, PS5, Xbox Series X|S, Xbox One, and PC on February 21, 2023.