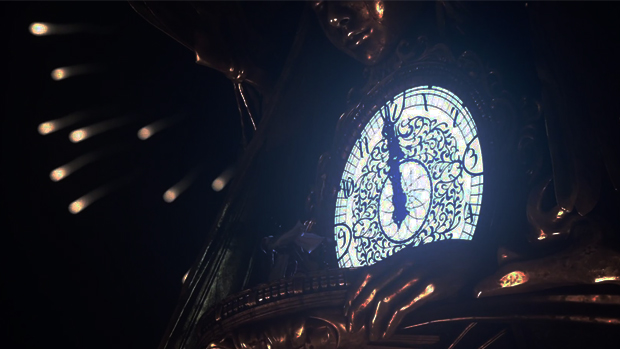 A new developer diary has been released for Lightning Returns: Final Fantasy XIII, focused on the game’s “Doomsday Clock,” which ticks down over the course of the game’s 13 days. Players will have a limited time in which to achieve goals necessary to complete the story, almost certain to be a divisive mechanic among players. The clock also dictates NPC behavior, with Square Enix pushing that old, “the living world carries on around you,” chestnut with characters having daily activities they participate in.

I love the Doomsday Clock, but I’m sure it’s going to be a problem for a lot of people. I think it takes some serious cajones in this day and age to make a high-budget, AAA title where the player can invest a whole lot of time into a game and, in doing so, fail to meet their objectives.

There seems to be a prevailing mindset that a player should be able to experience all of the content in any game on a single play, which is perfectly understandable. I value my time, hate to feel it’s being wasted and could be very frustrated indeed by having to replay a significant portion of a game due to being inefficient. At the same time, freeing me to do as I wish in terms of level grinding, exploration and other forms of progression without any consequences takes all of the urgency out of what should be globally significant events filled with tension. It’s always struck me as a little silly to be running around, collecting stuff when cataclysm looms just on the horizon.