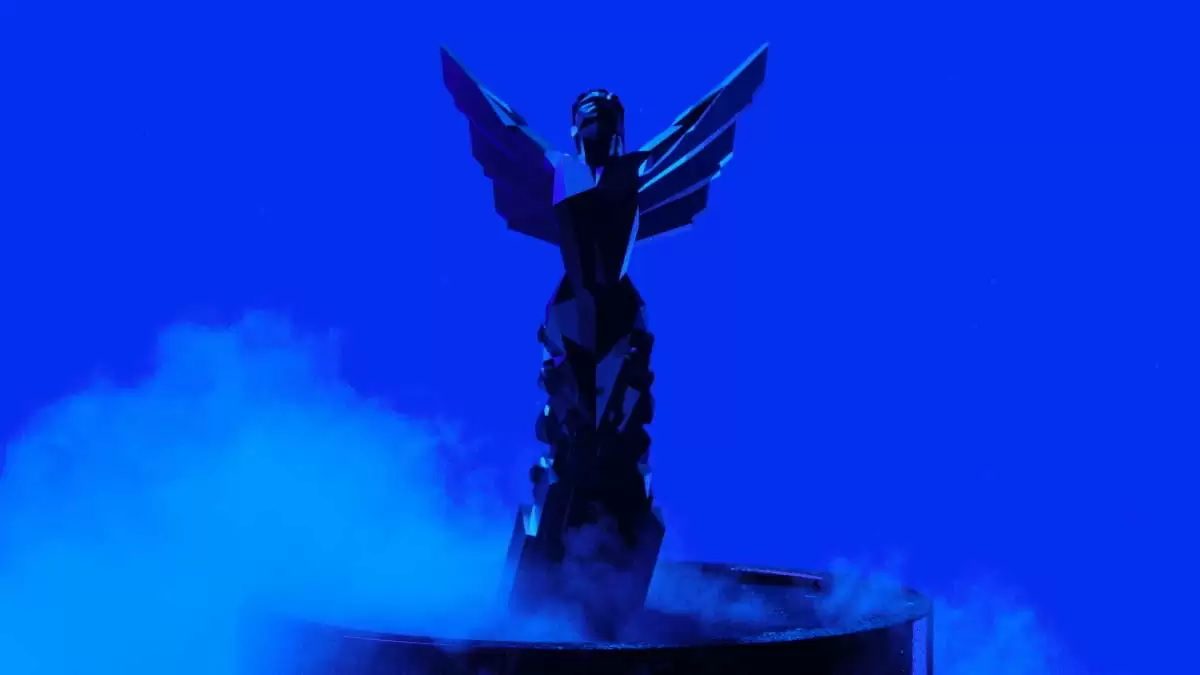 Play along on the stream!

The Game Awards is simultaneously the most anticipated and dreaded night of the year in games. It’s awkward, cringe-worthy, and the titles that are widely considered the best of the year don’t usually get credit where it’s due. Despite the annoyances, though, it’s still a night we all come together to watch, whether it’s for the new trailers and announcements, to see who actually won, or just to watch the trainwreck happen in slow motion. It can be either a miserable or somewhat enjoyable experience, and I choose the latter by making my own fun out of spite.

So, I brushed off my immaculate MS Paint skills and made a bingo card for this year’s 2022 Game Awards, because let’s be honest, it’s gotten pretty predictable at this point. New trailers, mispronunciations, and Geoff’s mention of Hideo Kojima are basically all givens, but I wanted to throw some wildcards in there too. 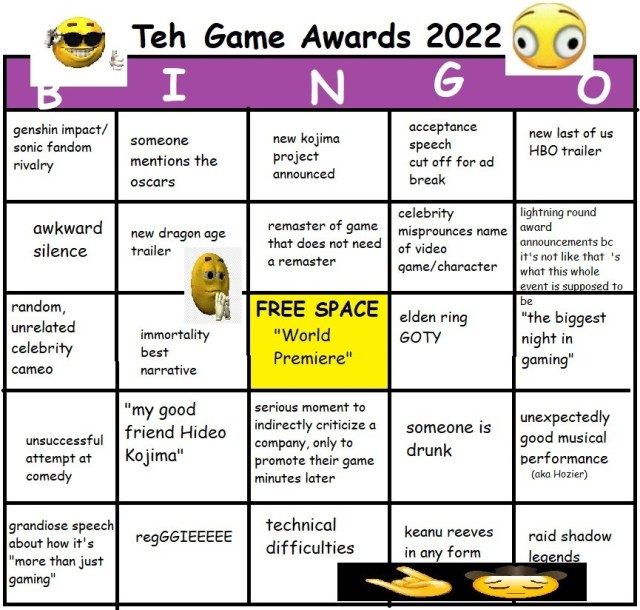 For example, the coveted Game of the Year award is a toss-up this year, with titles like God of War, Elden Ring, and Horizon Forbidden West in the front running. I went ahead and predicted Elden Ring was going to make it out on top, because God of War and Horizon certainly had their time in the sun, but FromSoft’s newest release dominated the conversation for weeks, if not months. Plus, I just think it’s the best game that came out this year.

Another prediction I’m begging to come true is Immortality winning Best Narrative. I know that, again, the conversation in regard to this award centered around Elden Ring and God of War when nominees were announced, but from where I stand, Immortality was an interactive narrative that was beautifully, elegantly told, had interesting things to say about art and the people who make it, and was the first game I’ve played in years that I felt brought a whole new perspective to how we use this medium to tell stories. It’s in a league of its own, and in my eyes, anything less than a win for Immortality is absolutely criminal.

The Game Awards can be a fun way to reflect on the games that came out this year and start conversations about them, but at the end of the day, the outcome isn’t really the end-all-be-all to the players. It seems like our bizarre relationship to the event as we know it isn’t going away any time soon (unless someone bests Keighley in hand to hand combat), but at least for now I can poke fun at it.

So feel free to use my bingo card, or maybe make one of your own! You can watch the livestream of the Game Awards on Thursday, December 8, with the preshow starting at 7:30p ET / 4:30p PT on all major streaming platforms.