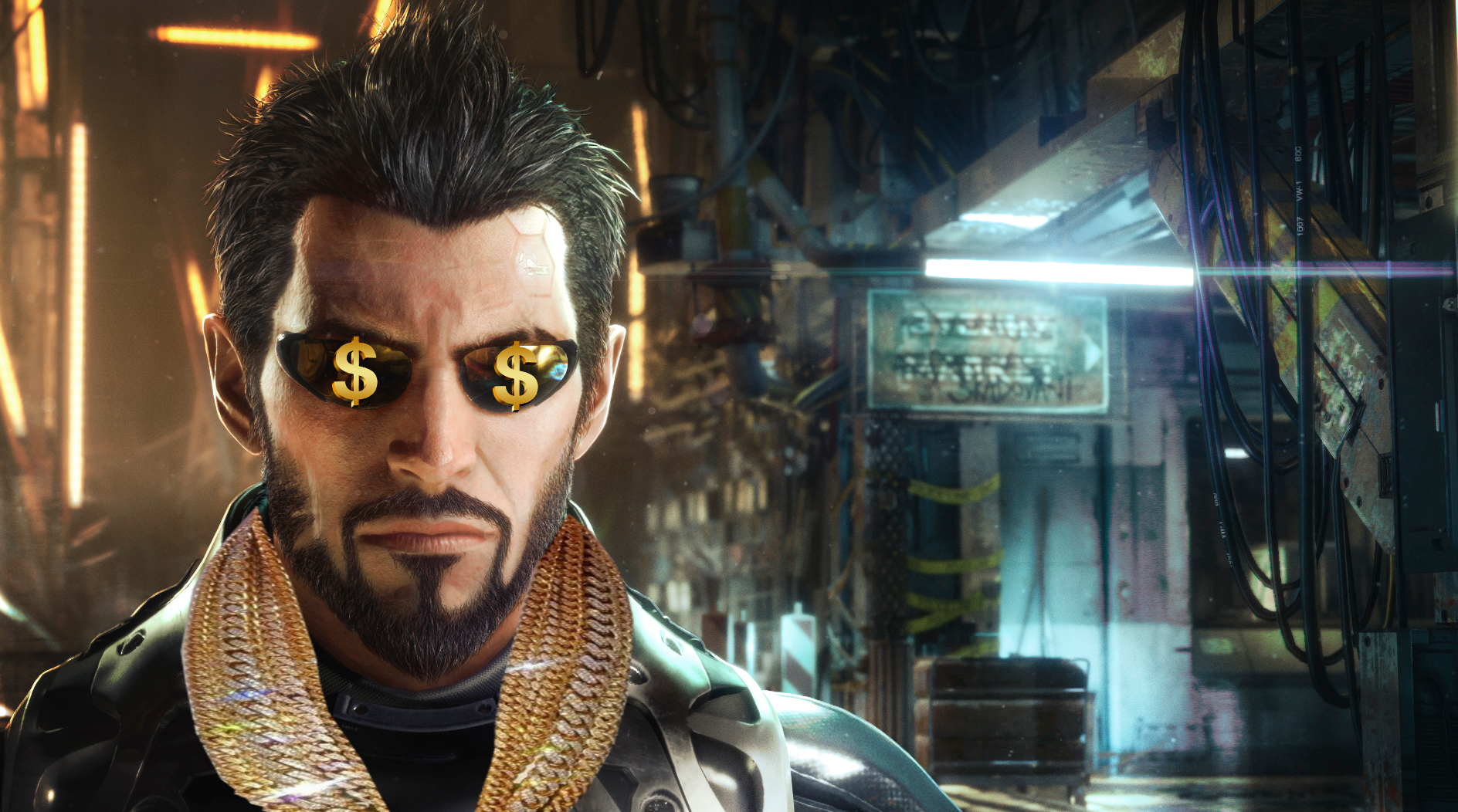 Bling it up with deals

Yesterday preloading went live on Steam for Deus Ex: Mankind Divided.  Not only can you get crankin’ on that 19.9GB download over the weekend (45GB after unpacking), but if you haven’t been a sucker and pre-ordered yet, there’s a 25% discount lurking to yet suck you in. GMG is the price-cut culprit and is sending out Steam keys right after purchase for $44.99 — or $15 cheaper than Steam. The same percentage discount also available on the Deluxe Edition of the game with a drop from $90 to $67.49.

In other weekend deals, PlayStation 4 consoles have a good showing in the deal department. NewEgg’s eBay Page has the most relevant offer selling a console with last week’s big release No Man’s Sky for $369.99 and two other freebies: Far Cry Primal and Fallout 4. The next PS4 deal is a drop to $339.99 on the white special edition PS4 Destiny: The Taken King Bundle making the hard-to-find console bundle cheaper than it was during Black Friday last year.

Finally, our last noteworthy deal this weekend comes in the form of a Bandai Namco sale with the usual suspect from the publisher. The best deal in the sale has to be Tales of Zestiria for only $7.99 — a historic low price and a giant $12 cheaper than its previous low of $20. And it’s a Steam key.

Update: Use code BNE15OFF for the Bandai Namco store and get an additional 15% off.