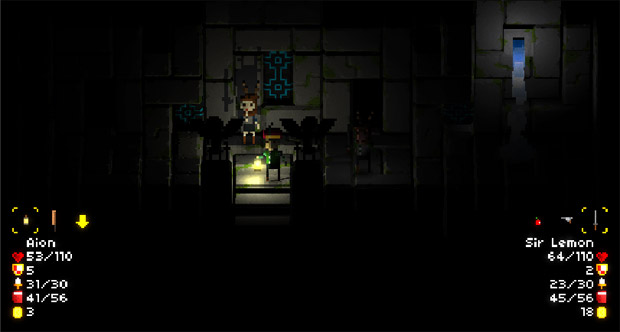 Self-described as a roguelike-like beat-’em-up

While its name isn’t remarkable, Legend of Dungeon caught my eye due to its premise and rather awesome-looking visual style. The game, a cooperative beat-’em-up for up to four players, brings pixel art to life with its lighting system. You need to see this in motion.

The teaser trailer hits on the procedural generation aspect, which is a surefire way to get me interested. I didn’t get a real sense for how much depth there is to the gameplay itself, but considering the nature of the video, that’s okay. There’s no real release date for Legend of Dungeon yet, though developer RobotLovesKitty is targeting Windows, Linux, and Mac.