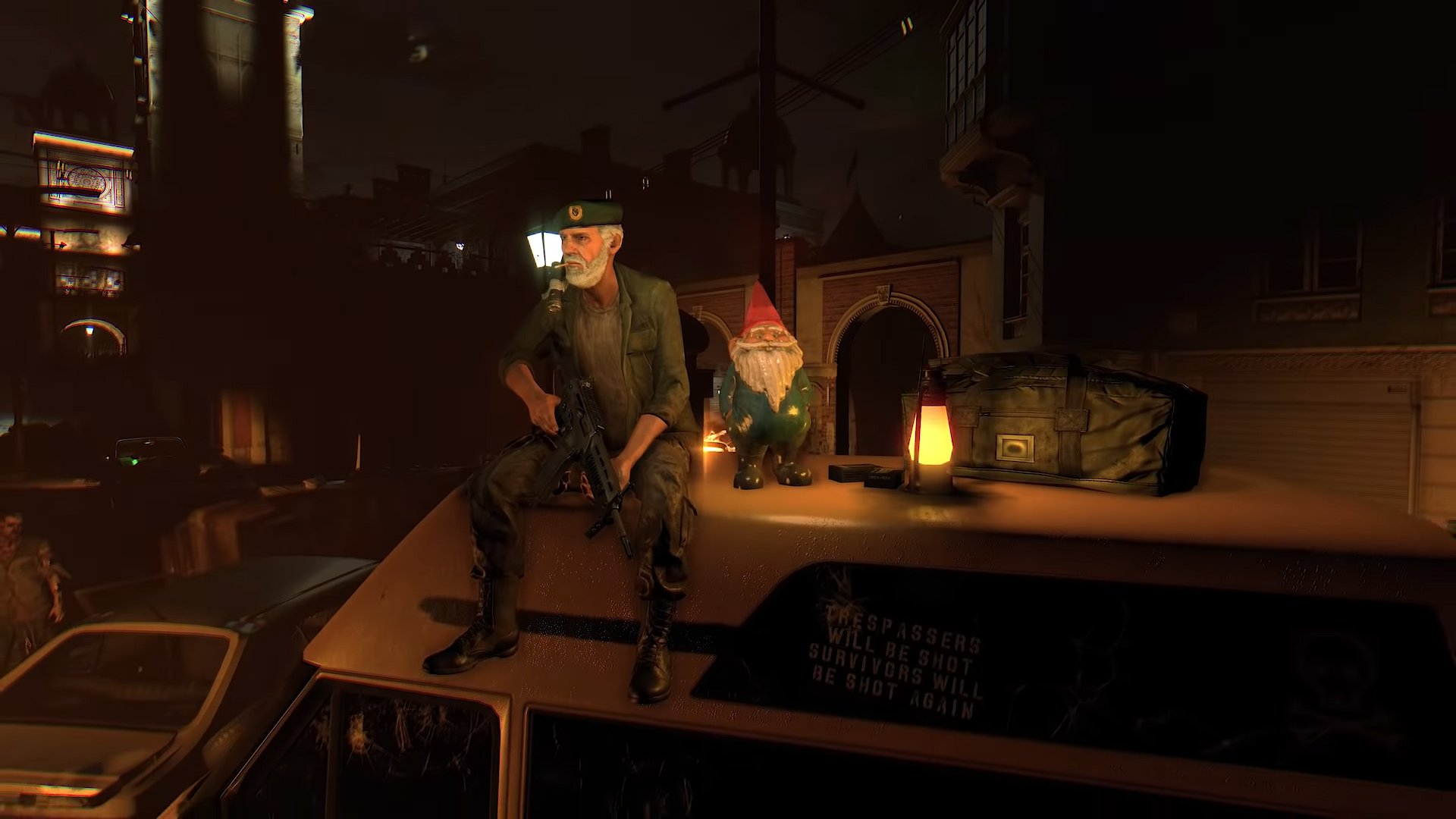 Techland is still having the time of its life with Dying Light. After hosting a cool but mostly weapon-focused Left 4 Dead crossover event last year, the team is back with something even better for Halloween 2020: an update that lets you play as Bill and use Gnome Chompski as a skull-crusher.

Starting today on PC – and coming to Dying Light “a few weeks later” on consoles – this free in-game event also involves an “extremely challenging” Viral Rush survival mode and lots of incendiary shotgun ammo. If you take out 50 Virals, you’ll pick up the Gold Gnome Gear. Consider it your civic duty.

Whether you have time to spare this week for the Halloween event or you’re planning to get back into the game eventually, feel free to grab the L4D2 Bill & Gnome Chompski Pack just so you have it.

Claiming digital content that I realistically won’t ever use is my favorite pastime.