Leaks. They happen in the videogame industry, probably more often than publishers and developers would like. People just can’t seem to keep their mouths shut.

The most recent “leak” just hit our inbox, and the tipster writes, “Got this document from an intern on the inside at EA. Some new product extensions for Dante’s Inferno. They even have a big wheels like cycle they’re developing.” We were provided with scans of this supposed leak, and I’ve gotta say: I can’t wait to wear Dante’s Inferno cologne.

A URL on the documents points to two Web sites — 66666tongues.com. Yesterday, a list of absurd (and likely fake) Dante’s Inferno achievements “leaked” by Achievement Hunters, those documents pointing to a similar site, cutby6666666.com. It appears each is half of the key to the “gates of hell.” I’m too tired and lazy to figure out what it all means, so I’ll leave that up to you.

In the meantime, check out the awesome product designs, and let me know when you suss this puzzle out.

[Update:  Dtoid reader T-rav figured it out, and it was actually pretty easy. This viral promotion is for “Fraud,” and the Web site is https://www.cutbytongues.com. If you hit the jump, you can see what I did with it.] 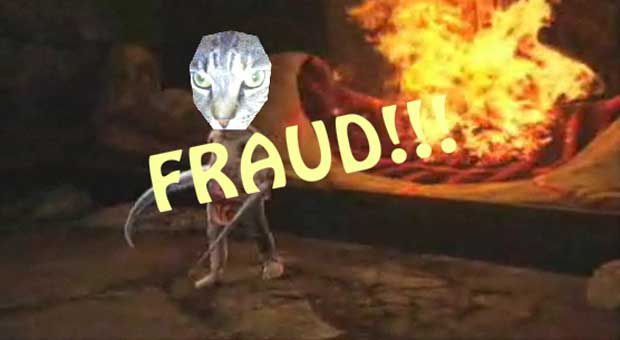