On April 29, Visceral Games and Electronic Arts will release “Trials of St. Lucia,” a huge downloadable expansion for Dante’s Inferno that adds a surprising new set of features.

With the new content, players will be able to team up with a friend using a second playable character, St. Lucia, to work through a number of online cooperative trials and challenges. The game will ship with 40 trials: 25 single-player trials, and 15 cooperative. Players can earn medals, and are ranked on leaderboards.

But the bigger news may be the ability for players to create their own trials, and then share them online, where they can be downloaded, played, and rated on a scale of one to five stars.

I recently had an opportunity to sit in on an open roundtable Q&A with Greg Rizzer, the lead designer of “Trials of St. Lucia.” He answered questions about the challenges of making a single-player game into a cooperative experience, the opportunities it offered, and the future of Dante’s Inferno downloadable content.

On the challenges of optimizing the engine for cooperative play, and locking in at 60 frames per second

Early on in its development, Visceral had to make a decision to keep Dante’s Inferno‘s combat and gameplay locked in at a silky-smooth 60 frames per second. It’s an impressive technical feat, and it should certainly be noticeable to players when they get their hands on the sticks and dive into the game’s single-player. But creating a cooperative experience, says Rizzer, opens up a whole new can of worms.

The character of St. Lucia is completely different from Dante, from the way she moves to the way she looks and feels in the player’s hands. With that in mind, creating a completely separate character rig for her presented problems. As Rizzer explains, the more “bones” you add to any game engine, the more it takes to render the on-screen action. Creating a Dante clone simply wasn’t an option. 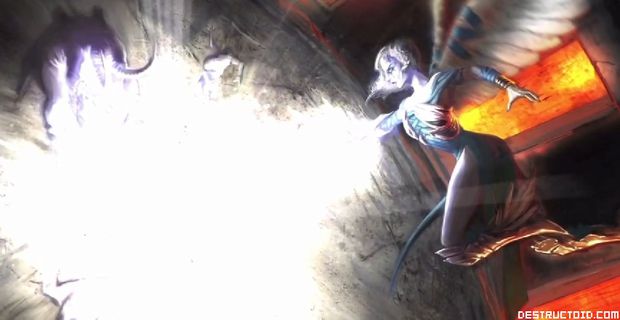 “We obviously knew that people would call us on that,” he says. Moving forward with a new character model was only one hurdle; having to add more enemies on screen at once to handle the teamwork of two players was another. “Trials of St. Lucia” features many of the same enemies from the single-player experience, but they’ve been optimized for the co-op mode; the team looked for places where it could save on texture and effects memory, for instance. The result is that the game still always runs at a nice 60-frames-per-second clip.

Though the game lets players create their own trials, it’s also designed to not let them “overdo it.”

“When you’re creating your own trial, we have a budget meter,” he explains, “and basically what that budget meter does is kind of keeps the creator from blowing out his budget and causing the game to run under 60 frames per second.”

No, it’s not on the disc, and why didn’t Visceral just ship “Trials of St. Lucia” with Dante’s Inferno

“It’s not on the disc,” he says of the content, anticipating the questions and howls from most gamers these days. “This is a very large expansion pack.”

Knowing they’d get comparisons to games like God of War, one of the things Visceral wanted to do was add something that would truly differentiate the product from other third-person character action games — in this case, cooperative and online play. And with that, Rizzer says, the scope of the title blows “way, way, way up.” While the single-player game was being polished and finished up for release, Rizzer and a separate team began working on the expanded content. 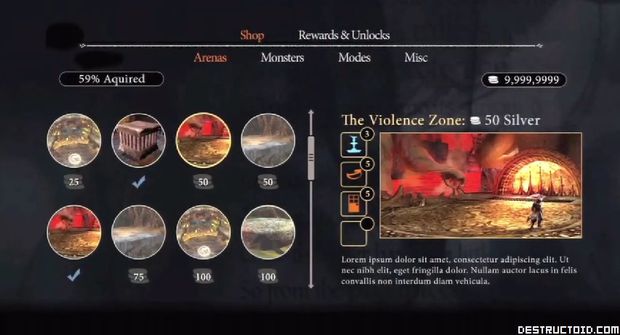 “We hadn’t even started ‘Trials of St. Lucia’ until the single-player game was well, well into production,” he admits. Pushing to finish and ship the content along with the game could have jeopardized the quality of both, and they obviously wanted to minimize that risk. Instead, the team took its time, creating an expansion pack that contained not only online play, but an editor, the sharing of user-created content, and leaderboards.

So just how different is St. Lucia from Dante?

“Fans and gamers in general are very savvy as to somebody putting a fresh coat of paint on something,” he says knowingly. “So we knew that we had to actually create a totally different feel for her.”

That different feel came from her very nature of having wings as an angel. While Rizzer says Dante is 70% ground and 30% air, Lucia’s move set is reversed entirely, which gives her a very different feel. Rizzer calls her “light” and “quick,” saying that hardcore gamers doing focus testing notice the difference immediately. And she’s got an entirely separate upgrade tree, as well. Rizzer points out one particular special ability that’s unlike anything in Dante’s repertoire. 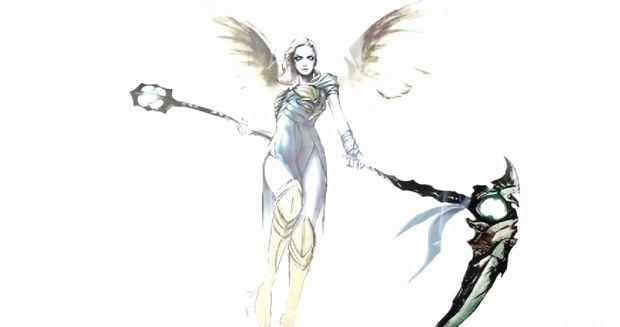 “Lucia has these — you know, her eyes were plucked out,” he says, “and we kind of wanted to do this whole thing with the Patron Saint of the Blind. She does have this kind of kinetic eye energy attacks that’s really unique. I actually kind of felt like I was playing Ikaruga when I was playing with her. She’s got kind of this cool unique range attacks on her that’s really different than Dante.”

“Trials of St. Lucia” will put players head-to-head against some familiar enemies, plucked right from the single-player experience, as well as the “Dark Forest” downloadable content. But the DLC also gave the team an opportunity to revisit some of the enemies that found their way to the cutting room floor during initial production, whether due to time or gameplay constraints. 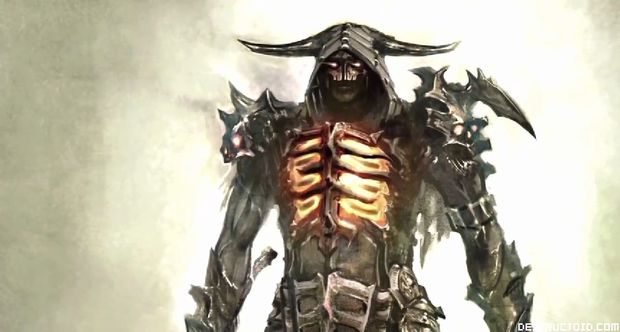 Sorry, online-only… no split-screen demon slaughtering for you and your loved ones

“We couldn’t do split-screen multiplayer couch play for this because if you try to do a situation like this, you have to render both scenes, and if you have to render both scenes on the same screen, to keep that at 60 frames with all of the effects and all those animations, it’s just not possible,” he admits. “We [would] really have to make some very big technical sacrifices in order to have that kind of on-screen, at-the-same-time couch play.” 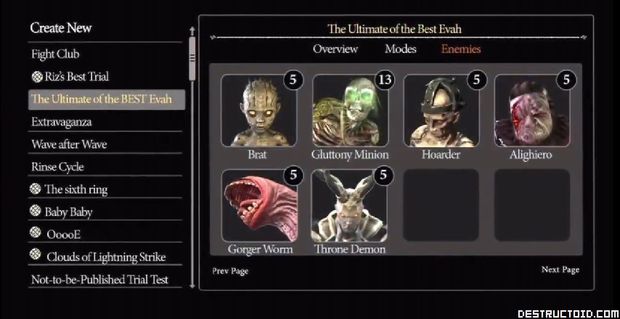 What’s next? Will Visceral continue to support “Trials of St. Lucia” post-release? Depends on whether or not you buy it, of course.

“So, fingers crossed that when this comes out that is does really well,” Rizzer says, somewhat obviously. He knows that this type of DLC, particularly for this style of game, is kind of new ground. How well it will be received is up in the air, but Visceral has hope that once people start using the editor and sharing content, that it “does foster this sense of community.” Particularly with the sharing, he thinks downloading, rating, and earning medals on the different trials offers a lot of long-tail content.

As to whether or not they’d bundle it with the single-player game as a retail package, there are no current plans. In fact, it may not even be possible.

“One of the things is that we couldn’t put it on the disc right now as it stands,” he says.