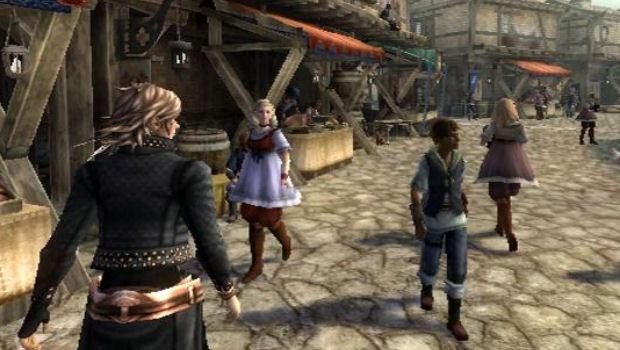 Nintendo has further explained its decision to keep Mistwalker’s The Last Story in Japan, claiming that it’s “not viable” to bring the game overseas. The justification makes specific reference to Europe, where Nintendo doesn’t feel it’s worth the compulsory language options.

“With all the conversions, when we do it in Europe we’ve got to do the whole of Europe,” says Nintendo UK boss David Yarnton. “So it’s multiple languages. It has to be viable. We’ve got so much on our plate at the moment. The most important one is in the first quarter this year. Kirby’s Epic Yarn is the most important title. We’ve got some great product coming out.

Although this is like an arrow through the heart, Nintendo has not completely shot down the idea, adding: “We’ve released quite a lot of RPGs on the Wii in the UK. It’s an area that’s been growing for us. It’s up to the market. We never write anything off.”

This Last Story saga looks set to continue for a while. With Mistwalker continuing to give English details, and Nintendo not definitively committing either way, I still have some confidence that we’ll eventually get the game. After all, you can’t deny that this drawn-out situation is giving the game some hot Western publicity.

Why The Last Story is Japan exclusive [Eurogamer]