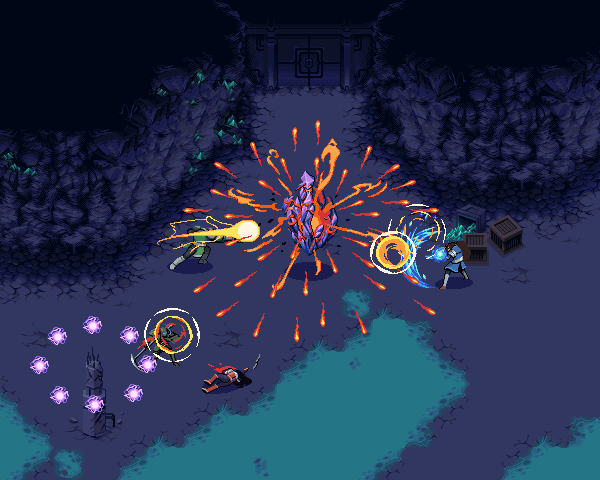 I do not mean to suggest that Diablo is not good, but the dreary look never really grabbed me, even with Diablo III‘s improvements in that respect. Laser Fury, on the other hand, takes a hold of my eyes immediately. The teal/orange/purple color palette might be played out soon, but right now it seems like a great way to get some attention for a game.

Fortunately, the game here looks cool in its own right. The cooperative action-RPG features four distinct classes, each with multiple upgrade paths to choose from. Thus far, most of the attention has been given to the Ranger, whose laser bow can be upgraded to either fire a piercing arrow with a time-delayed explosive effect, or an arrow that creates a mini black hole to damage enemies in an area and converge them on a point.

Laser Fury is currently seeking approval on Steam Greenlight and has just launched a Kickstarter campaign with a base funding goal of $70,000.