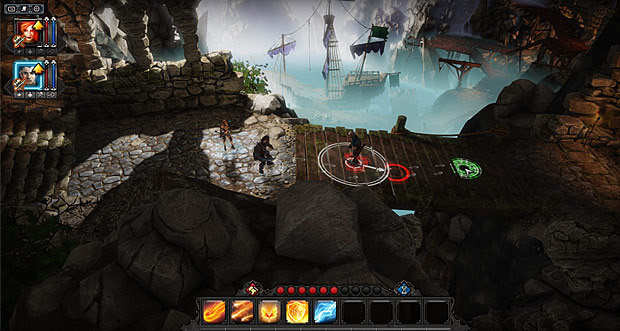 With a couple weeks to go

Announced earlier this year, Divinity: Original Sin is an isometric role-playing game for Windows, Mac, and Linux that Larian Studios will expand in scope using funds gathered from Kickstarter. The ongoing campaign hit its initial $400,000 goal this week, which will be put toward growing the development team and providing more player choices, quests, puzzles, areas to explore, NPCs, and creatures, among other things.

The Kickstarter drive has over two weeks left to go, leaving plenty of time for stretch goals. Going all the way up to $1 million, the goals range from personality traits and talents for further character customization to day/night cycles and weather systems that affect NPC schedules and monsters.

If you haven’t been watching this one, I’d give Larian’s full video pitch on Kickstarter a watch. The drop-in/drop-out co-op and freedom it allows has me interested.