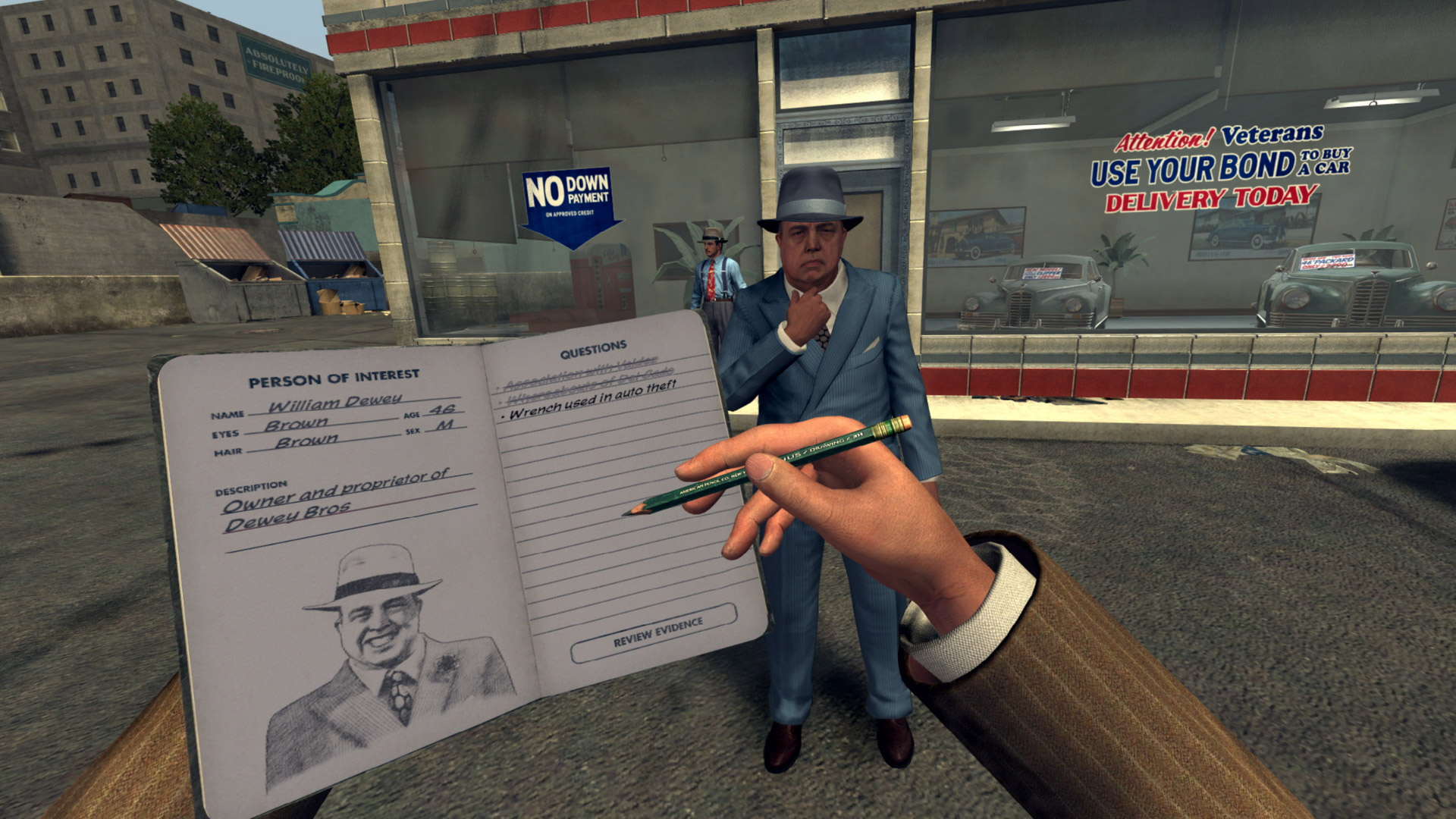 And there it is! After some well-founded speculation following a PS4 rating from PEGI, it’s official: L.A. Noire: The VR Case Files is not only coming to PlayStation VR, it’s out now. The silly-physics detective game made an appearance during today’s State of Play presentation.

As I’ve said before, the gifs really sold me on this unintentionally hilarious rebuilt-for-VR experience. The VR Case Files contains a handful of cases from different departments – Upon Reflection, Armed and Dangerous, Buyer Beware, The Consul’s Car, The Silk Stocking Murder, Reefer Madness, and A Different Kind of War – and also a few extra mini-games like boxing and “speedcar” racing.

If you happen to own L.A. Noire on PS4, you can save 25 percent on The VR Case Files – there should be a button accessible from the main menu to initiate the deal.