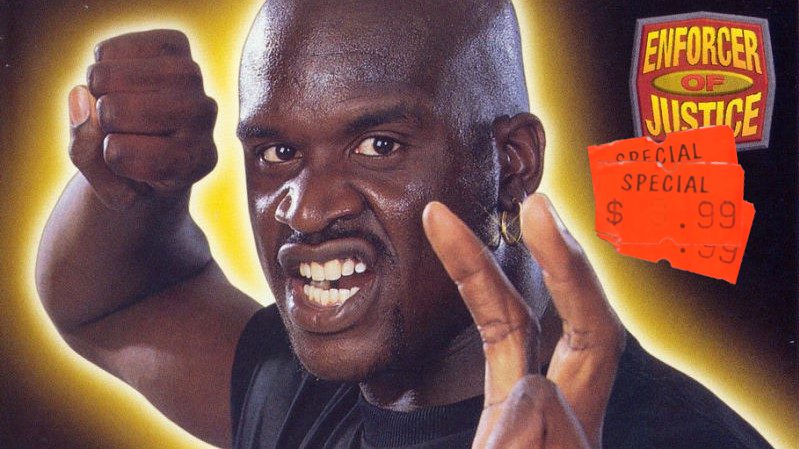 Shaq Fu is one of North America’s legendary kusoge. Shaqfu.com is actually a site dedicated to acquiring all copies of the game to keep out of the public’s hands, and there’s a counter site for saving copies of it. It was made fun of on the internet before people making ridiculing bad games was common practice.

It’s one of those fighting games that came out in the wake of Street Fighter II to cash in on the genre’s popularity. It wasn’t particularly egregious, if we’re being honest. Certainly not worth playing, but very few of them were. Violence Fight, Cosmic Carnage, Rise of the Robots; not necessarily unplayable or horrible games, but what’s the point of even trying them when Street Fighter II is right there.

I’m not sure what I can contribute to the discussion at this point. Hold on, maybe a few things. 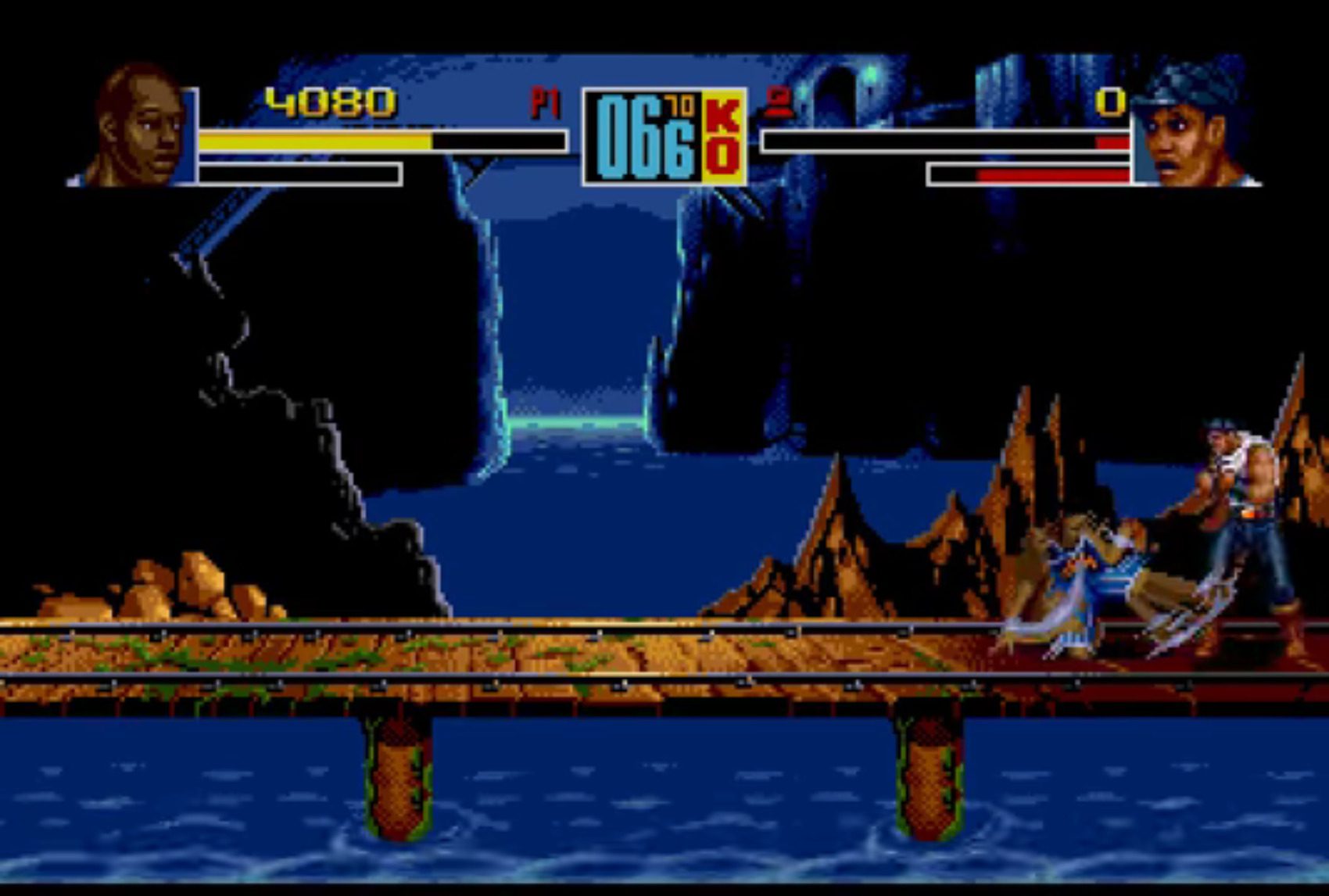 If it isn’t obvious, Shaq Fu is a game about NBA superstar Shaquille O’Neal fighting bad guys in another dimension. If your initial reaction is “that’s stupid,” I can only assume you weren’t here for the ‘90s, because this was rather normal. Michael Jordan had a game of his own the same year, Chaos in the Windy City but no one wants to blow copies of that up at the firing range.

The main mode of the story has you going up against a variety of enemies as Shaq. There’s a voodoo lady, a cat lady, then a couple of dudes, and a bunch of monsters. The cast is actually pretty lame and I’m pretty sure my brain is just blurring a bunch of them together. It’s generally a bad sign when I play through a game and my mind immediately starts discarding information because it’s useless.

The graphics are surprisingly appealing. The game was developed by Delphine Software International, best known for Out of this World and Flashback: The Quest for Identity. The animation is reasonably smooth, using the technique of rotoscoping to make the fighters move realistically. The character sprites are rather small, but not so much that you can’t tell what’s going on. 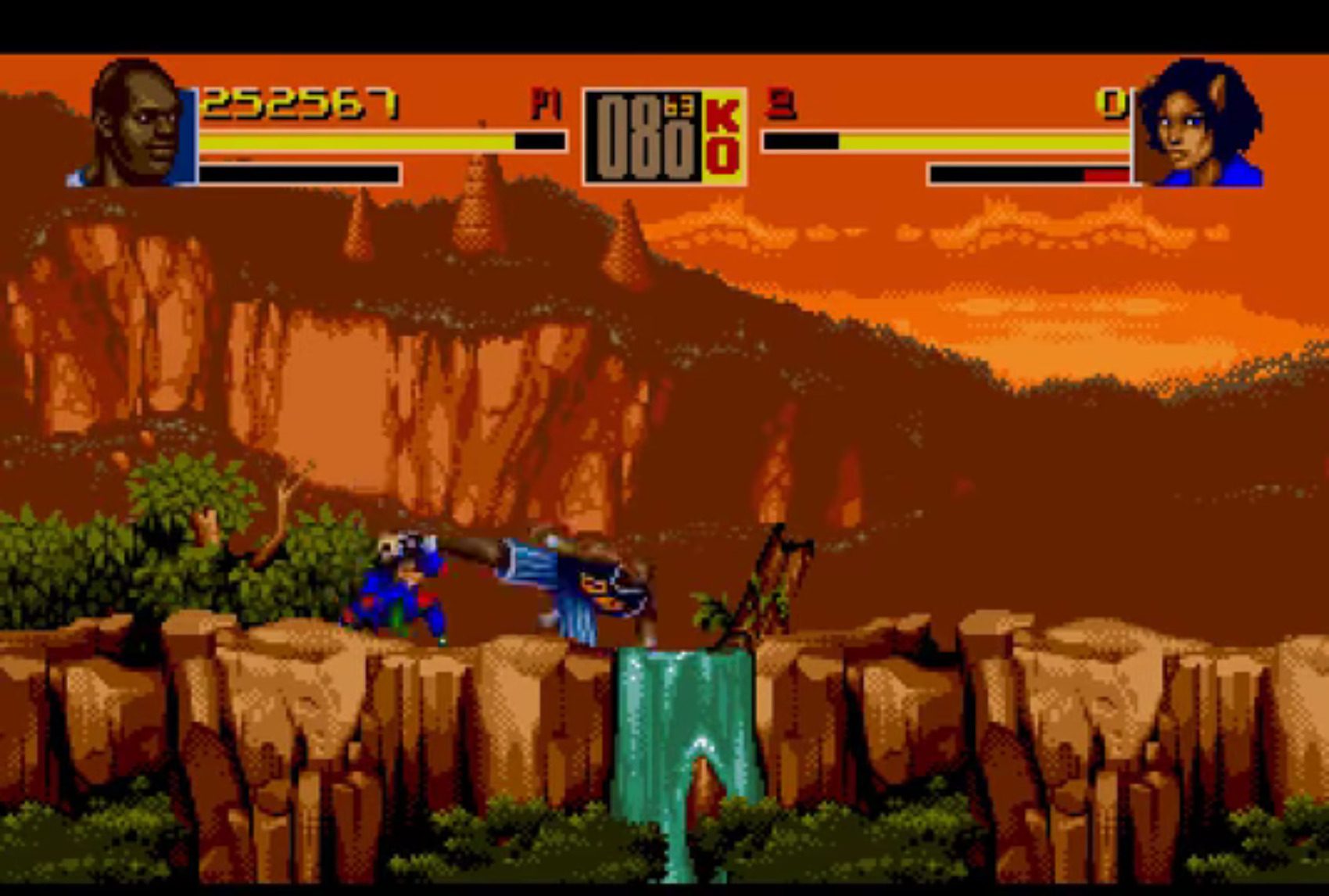 If you were around in the ‘90s, I probably only have to say “bad fighting game,” and you have an idea of what you’re in for. Controls are floaty, the AI is dumb, and you can win by mashing buttons. Or not even that; a lot of the enemies later in the game can be thwarted by crouching and mashing the kick button until they kill themselves against Shaq’s size 14 shoes.

There are special attacks that… work, I guess. I never used them much because enemies rarely needed more than jump-kick, sweep-kick, sweep-kick on the default difficulty. I don’t think I’ve ever had such an easy time completing a fighting game’s story mode. Usually, the later enemies are just B.S., but they never get much smarter or more aggressive here. You only have three continues, though, so it’s nice that the Delphine found some way to cheapen the difficulty. 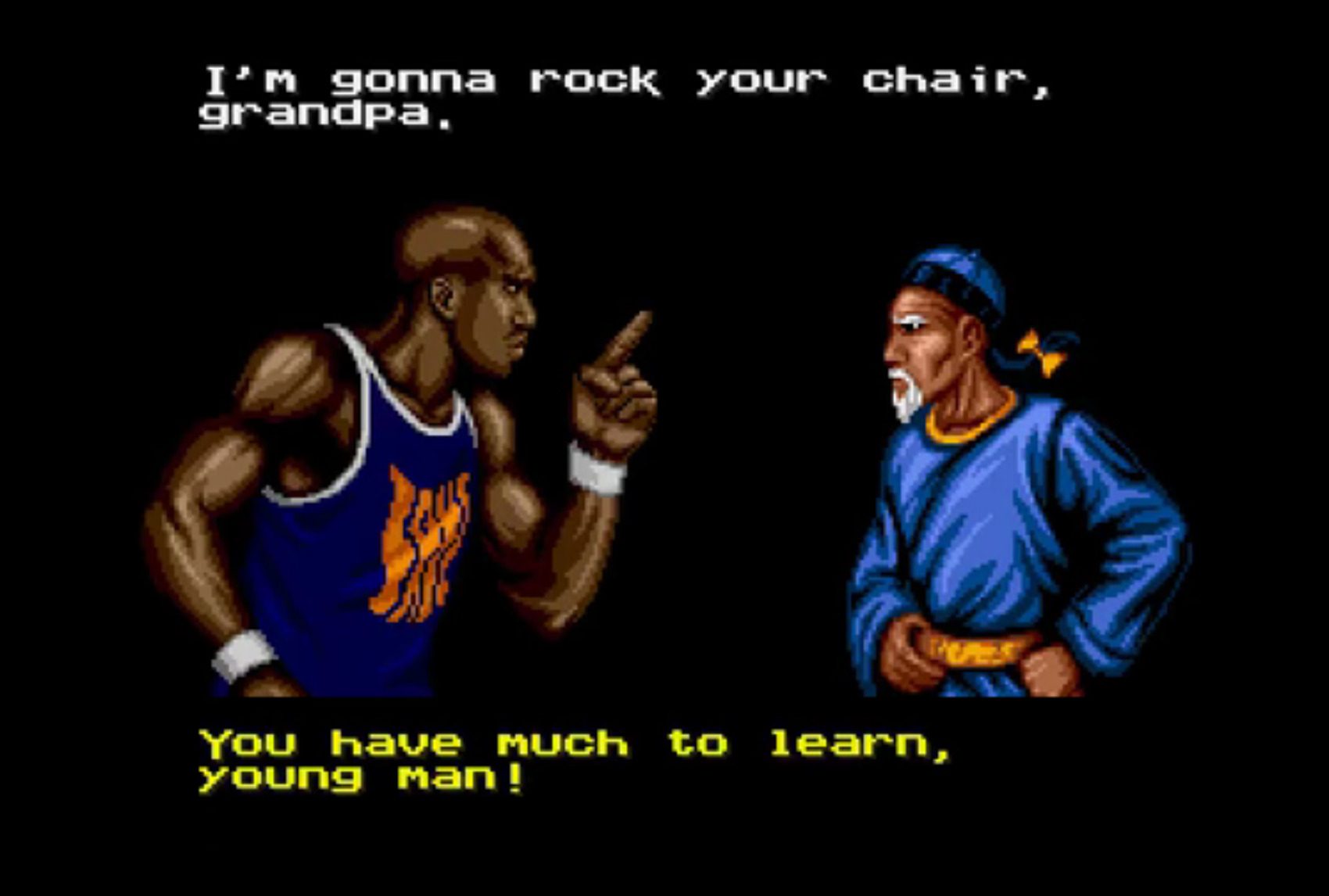 Strangely, the SNES version seems incomplete next to the Genesis. The Genny gives us a full five more characters, which just makes the SNES version’s world map seem empty in certain places. Graphically, the titles are similar, and I didn’t notice any big differences in AI. So I guess if you wanted to fight with your schoolyard chums, the Genesis version is plainly better in this situation. Congratulations.

The only downside is that it was made with the six-button Genesis controller in mind. You can play with the three-button, but you have to hit start each time you want to swap from punches to kicks. That also means there’s no pause. If you wanted to subject a friend to multiplayer, make sure you have a pair of six-buttons. Otherwise, someone’s getting a huge disadvantage. 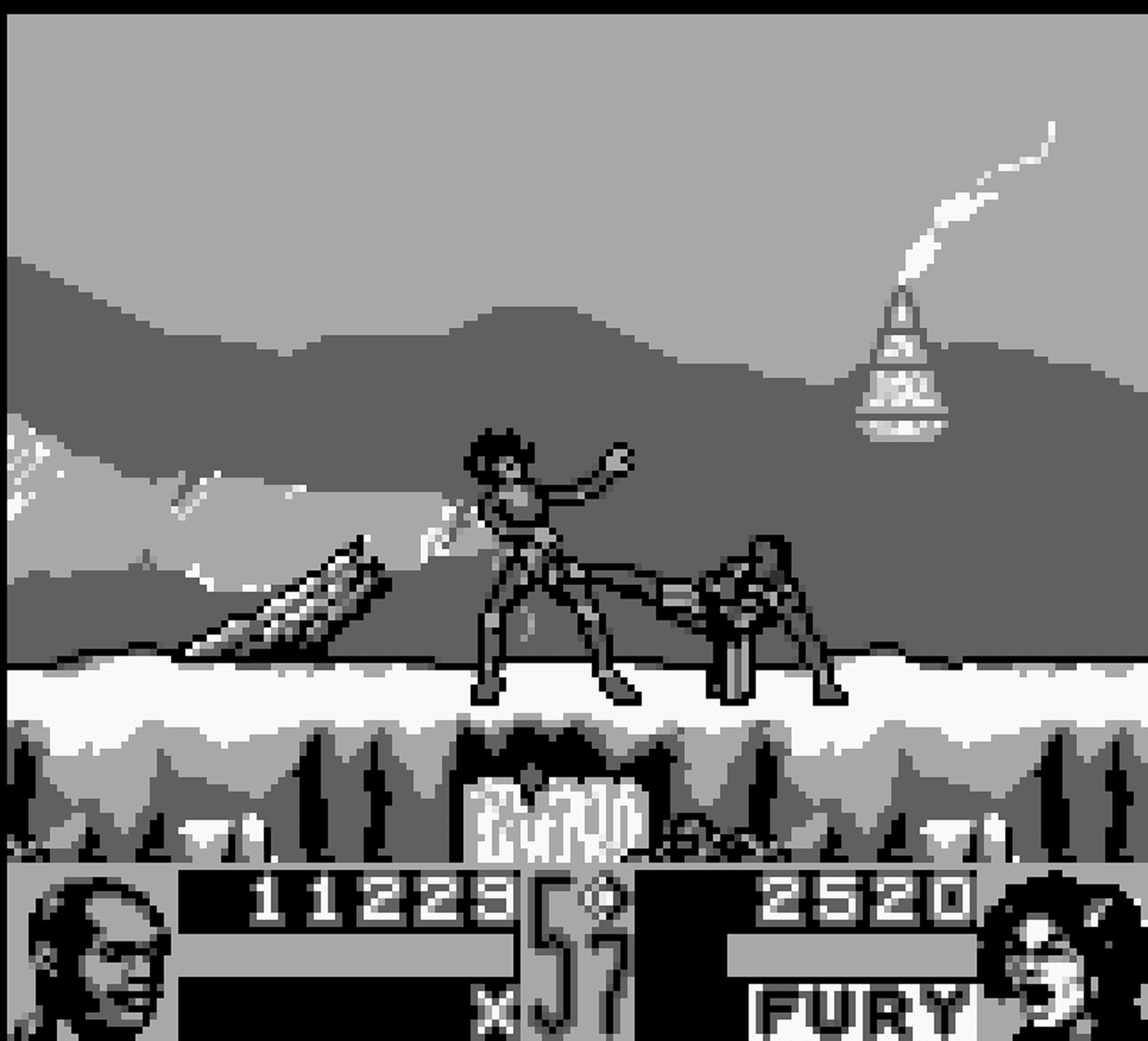 Did you know there was a Game Boy version? Did you know it goes for upwards of $80 on the collector’s market? It’s not worth it. There are only six enemies and you can defeat them all by crouching and kicking. I finished it in less than 20 minutes, which frees up a lot of my day for… uh… Napping, I guess.

It doesn’t look bad for a Game Boy game and it animates well. It still contains all the floaty jumps and accidental special move activations of the console versions. Still, I can’t get over how little content is here. This is the amount of gameplay you’d set aside for a demo. There isn’t even two-player link play.

There’s a Game Gear version, as well, but it’s not nearly as expensive. Probably because most of the world’s Game Gears died of exploding capacitors and are now outnumbered by copies of Shaq Fu. 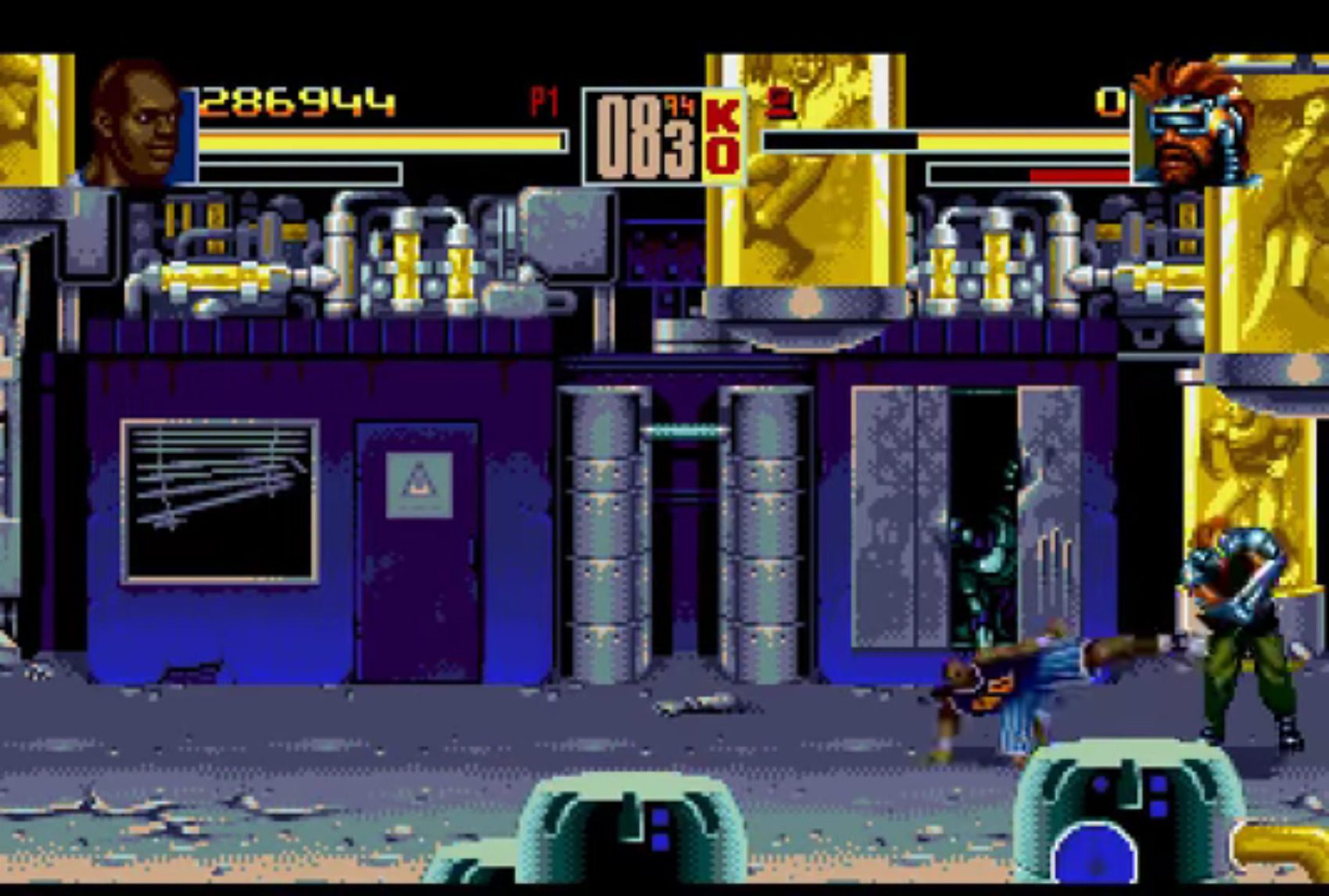 There isn’t really much reason to play any of the Shaq Fu ports unless you want in on an internet joke that is so far past its expiry that it’s hard as a brick and covered in mold. Speaking of which, a 2018 sequel was crowdfunded: Shaq Fu: A Legend Reborn. I haven’t played it for the same reason I haven’t played the new Bubsy games. What value is there in bringing back a maligned game series aside from cashing in on what a joke it’s become? It might as well be called, Shaq Fu: Heeeey, ‘90s Kids!

I guess that’s one reason to play it: experience some of the worst of the ‘90s. Corporations really wanted to cash in on sports celebrities. In film alone, you got Hulk Hogan in Suburban Commando and Shaq in Kazaam and both of which bombed legendarily. Space Jam did a lot better, but then look at what comes back decades later. It’s like we’re nostalgic about a point in time that we were directly insulted through the medium of film.