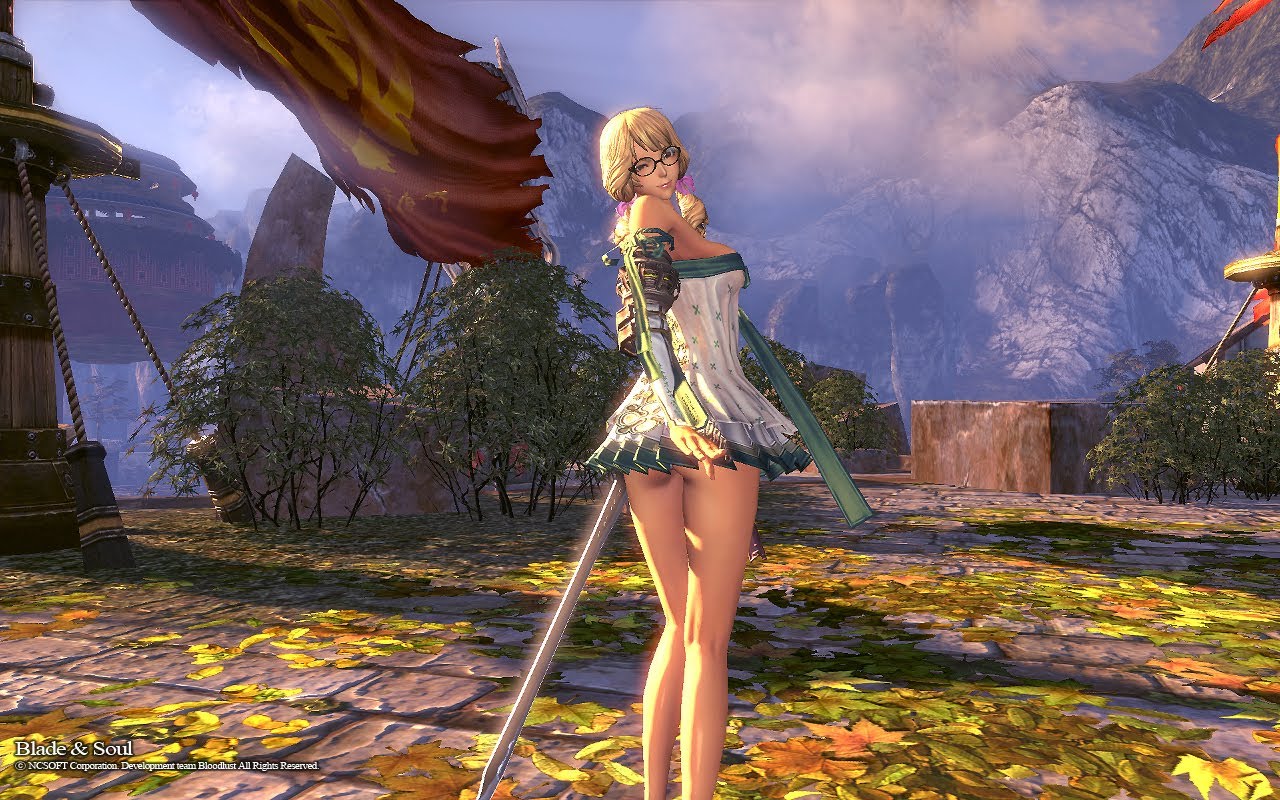 The official release date is January 19, 2016. Name reservation starts January 11 (you can get into that nifty character creator, too) for people who purchased Founder’s packs of this otherwise free-to-play game and early access to the game itself begins January 15. You may need the time get up to speed in Blade & Soul, which takes a lot of cues from fighting games.

I got time to mess with Blade & Soul recently at NC Soft’s autumnal headquarters (possibly my first actual fall, being from San Francisco) and spent a not insignificant amount of time in the not-quite-Black-Desert character creator to create a buxom Kung Fu Master with beautiful hair. The boobs even jiggle in the character creator screen. I named her bushdidnineeleven because the numbers prohibited 420noscope69 and I am nothing if not an embarrassment.

I went with Kung Fu Master, though, because of the challenge that was announcing it as the toughest class to use, most reliant on timing and player input. And indeed, once I got to that point, figuring out enemy attack wind-ups and using the counter skill felt pretty damn good rather than letting early chump MMO fodder even get off their potshots. Plus, the Crouching Tiger Hidden Dragon influence is obvious in the running and fly/gliding animations (development head Moonyoung Choi cited it specifically when asked about influences, along with a long list of games including Street Fighter and Soul Calibur).

And while Blade & Soul does encourage more activity than your typical click click click, it falls into feeling like just another MMO, at least in the early game. While I moving fleet of foot with WASD and beginning encounters with a floating jump kick, it was mostly for my own amusement, as I spent hours (somewhat quickly, but always very casually) leveling up near 20. I can see the twitch reflexes being more useful in hard raids or, obviously, PvP, but this isn’t a huge genre shakeup when all’s said and done. Just a pretty, high-budget version of the last decade with one twist in the right direction, which will undoubtedly be enough for some, especially with it being free to play anyways.