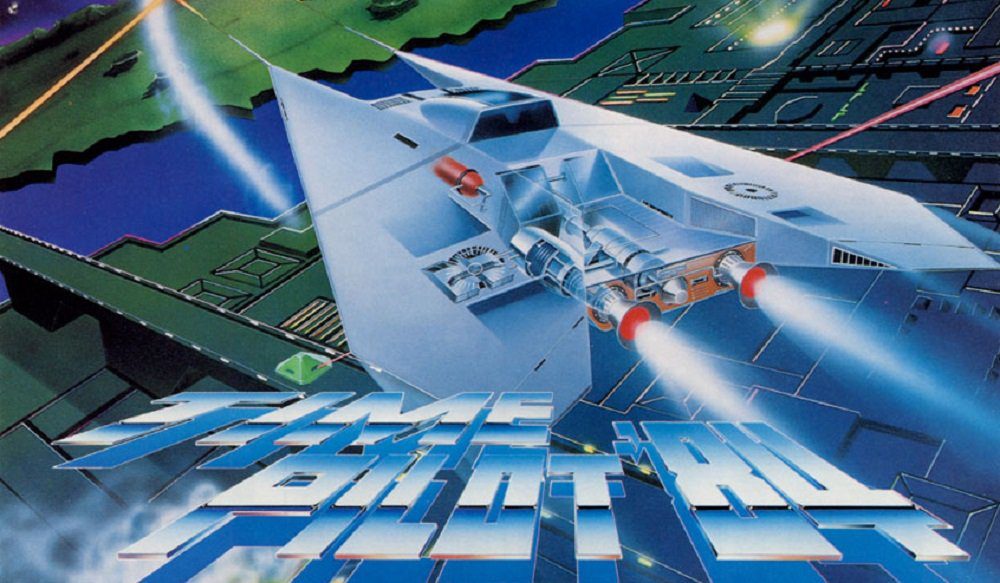 Another week, another classic shmup from Hamster’s Arcade Archives, bringing the quarter-munchers of yesteryear onto today’s platforms. This week sees the return of Konami’s space shootin’ sequel Time Pilot ’84, now available to download on PS4 and Nintendo Switch.

Released on the arcade scene in — unsurprisingly — 1984, Time Pilot ’84: Further into Unknown Worlds is the sequel to Konami’s own Time Pilot, but chooses to switch out the timezone-hopping, jet-fighter gameplay of the original for a free-roaming perspective, a spaceship, and a more structured “futuristic” setting.

Players guide the vessel as it fends off hordes of enemies attacking from all directions. A deft hand for evasion and pixel-perfect aiming are required if the player wishes to stay alive, destroy the baddies, and combat each stage’s Silver Space Boss. Honestly, the game bears little to no relation to its predecessor, suggesting that this was a separate project adapted to capitalize on the original’s success.

Time Pilot ’84 is available to download now on PS4 and Nintendo Switch, priced at around $8. Check out the action in the video below, courtesy of YouTuber Old Classic Retro Gaming.