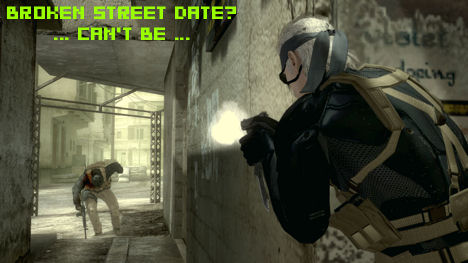 With the arrival of any major release comes news of broken street dates, as lucky gamers draw envy and disgust from their peers with early copies of the latest hot title. Konami is well aware of this, and with Metal Gear Solid 4: Guns of the Patriots on the horizon, the publisher’s pretty laid back about the situation.

“Unfortunately, these things happen,” stated Konami as it lit a cigar with a dollar bill. “As much as we like to see that no one breaks streets dates, no one can monitor every single moment that a title gets packed up for shipment and when its on its way to the stores.”

Konami’s UK General Manager, Pete Stone, was quite confident that street dates wouldn’t be broken on his watch, however.

“We pride ourselves on working closely with retailers and have a continuation of the signed agreement system we used so successfully before,” claimed Stone. “All major retailers are supplying written agreements that they will honor the street date no matter what, making it a level playing field across the board. We all want the game to be a huge success, and for everyone to benefit from this release.”

And there was much rejoicing.