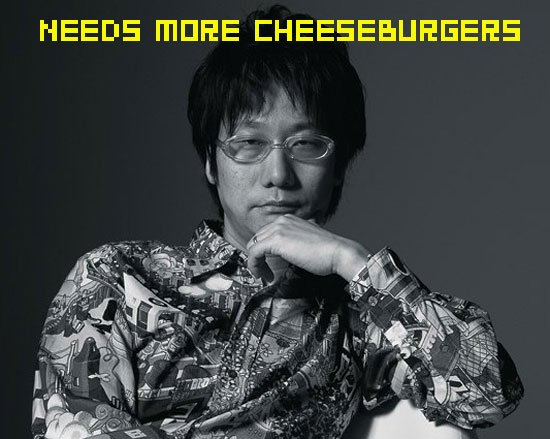 In an odd showing of brutal honesty within the gaming industry, Kojima recently told UK’s Edge magazine that he is not 100 percent pleased with the way Metal Gear Solid 4: Guns of the Patriots came out, pointing at some of the PS3’s capabilities as part of the problem. From the interview:

“Game-wise, it’s pretty close to the original vision: you sneak into the battlefield and can choose whether to do a stealth game or interfere with the battle more directly. But the graphic, side things like motion-blending and the size of the map, totally was not accomplished to my original vision — to my satisfaction.”

You can take this one of two ways: that Kojima is a perfectionist (and as most geniuses tend to be, extremely harsh about his or her own work), or you can go running down the street wailing at the top of your lungs that Kojima hates the PS3, banging pots together for dramatic effect and essentially blowing all this out of proportion. It’s your call, although I guarantee you that the latter will keep you out of the better discussions that may be had about the topic.

A bit more from the interview:

“When we first showed the game engine at TGS, the staff were really proud and happy. PS3 was a dream machine, y’know, and we were going to work on this and that — and we had so many ideas. But when we actually started developing the game, we realized there were a lot of restrictions and so it turned out how you see it today. The original vision was to go ten steps further, the reality was just one step, which isn’t to say we didn’t progress.”

I have to say this piques my interest, if only because the Metal Gear Solid series has held such high standards of quality and produced such memorable gaming experiences. I do appreciate Kojima’s incredible integrity in voicing these concerns, as I can imagine the PR department behind MGS 4 are weeping into their keyboards right about now. Most gamers will likely still adore the game and may never have been privy to this were it not for Kojima’s candid words. Of course, the Japanese are known for having ridiculously high standards, so it’s hard to know how to measure comments like this anyway. 20-hour work days, anyone?

[Scan and source via Kotaku — Thanks, Justin]