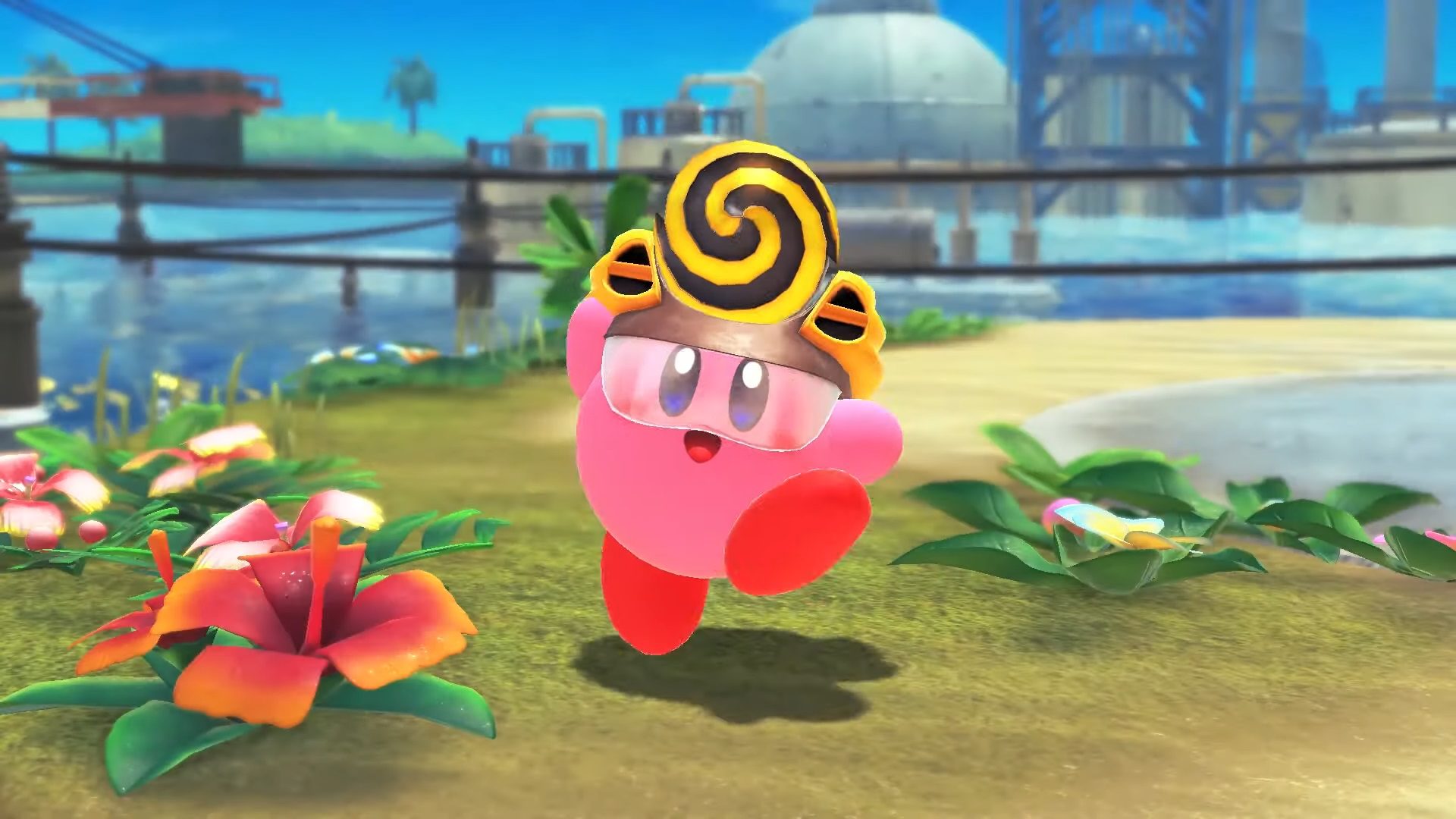 We now have a Kirby and the Forgotten Land March release date: that’s sooner than I expected! March 25, to be exact. It was only four months ago that the existence of the game leaked!

To celebrate, Nintendo put out a new trailer and released some details for the game, which is indeed a 3D adventure. Your job is to save Waddle Dees from being kidnapped by the “Beast Pack,” alongside of a new companion named Elfilin. As a reminder, co-op is in via a Bandana Waddle Dee playable character, who wields a spear; and the “drill [attack from below] and ranger [ranged]” copy abilities are touted as the new additions.

One of the biggest elements of Kirby and the Forgotten Land is the hub zone: “Waddle Dee Town will be the central hub of your adventure. The town will develop more and more based on the number of Waddle Dees you rescue as you progress. You will notice different shops opening and be able to enjoy some of the townsfolk’s favorite games. Kirby can even help out in the Waddle Dee Café. You’ll need to quickly prepare customers’ orders to keep them satisfied and aim for a high score.”

Nintendo says that all of this is partially a celebration of the 30th anniversary of Kirby; and the mere acknowledgment of an anniversary is more than a lot of other classic Nintendo games get!