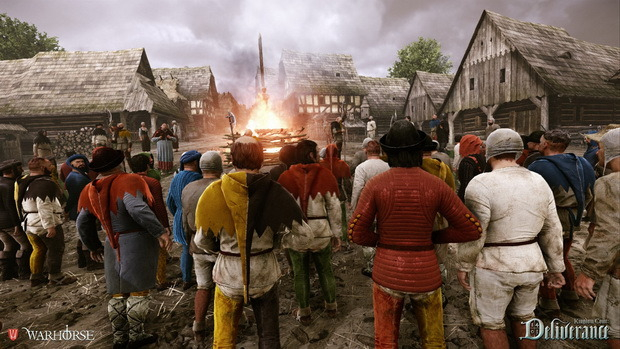 No fetch quests, rat killing, or other time wasting junk? We’ll see about that

If it wasn’t for all that in-engine footage and the fact that it’s six months away from a playable, small, backer-exclusive early access, I’m not sure I’d have a lick of confidence in Kingdom Come‘s lofty goals. We’ve been burned before on claims of first-person melee combat that works, divergent story-telling, and other lusted after RPG advancements.

Still, Kingdom Come‘s all over it with hefty evidence that the medieval — not fantasy — roleplaying game built in CryEngine could be something to have hope for. Maybe even to Kickstart. I think one of the loftier goals that always seems to go unfulfilled is that every NPC has their own life that you could attempt to disrupt. That and the notoriety system.

The world will organically react to your deeds. NPCs will report your crimes to authorities, who will punish you for your crimes accordingly, either with a fine, time in jail, or by subjecting you to the stocks or torture. Crime will affect economics and NPC behavior; people will get suspicious or aggressive after unresolved crimes. Your reputation will spread by word of mouth.

Of course, just nailing the three play-styles — brawny knight, back-stabby rogue, and silver tongued bard — could prove challenging. Still, I’d like to win an entire game as a manipulative Iago, especially if they can make it as rewarding as killing everyone with your bare hands. And did you see that first-person pickpocketing?