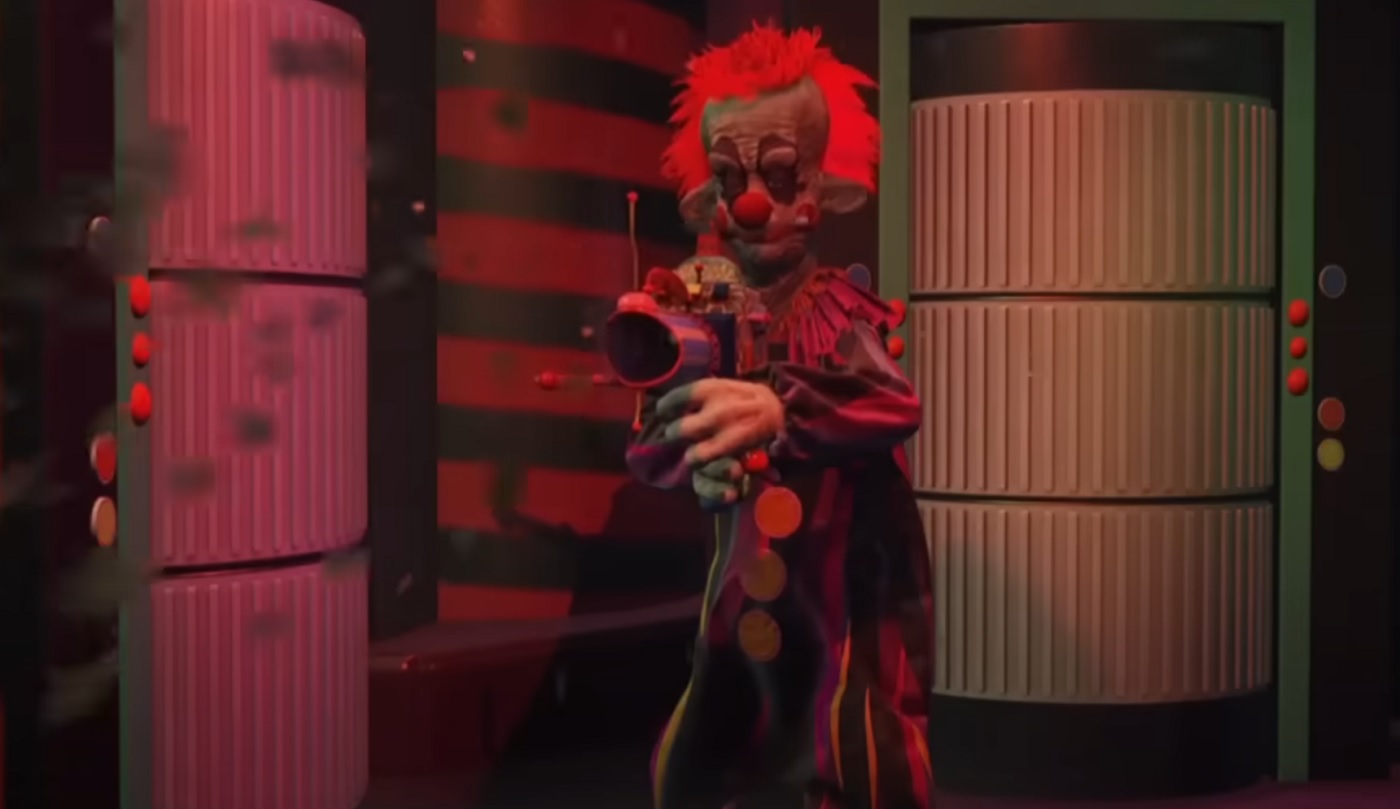 Knock my block off

When it comes to unpredictable gaming announcements in 2022, nothing is going to beat the news that 1988’s Z-movie Killer Klowns from Outer Space was being adapted into a modern-day video game — While it still something of a leftfield concept, Teravision Games has offered up a little more info on how accurately the developer is hoping to recapture the grotesque gory glory of the source material.

In a new blog post on the official website, Teravision details some side-by-side comparisons focusing on the locations, weapons, and, of course, the Killer Klowns themselves, showing the attention to detail being applied to the new asymmetrical adventure. While the characters and settings all look pretty superb, perhaps the best element on show here is the recreation of the film’s aesthetic — its visual tone, its heightened use of vulgar color, and its unsettling emphasis on the juxtapositioned shadows.

It’s looking pretty faithful, that’s for sure. Check out the comparison shots in this new trailer.

As for the game outline itself, it is believed that KKfOS will be a chase-and-fight multiplayer title in the vein of Dead by Daylight, Predator: Hunting Grounds, and the upcoming Texas Chain Saw Massacre. A team of Crescent Cove civilians will take on the Cirque de Puree itself, attempting to prevent the Klown invasion while staying one step ahead of their clumsy gloved hands — lest you end up a ball of cotton candy or a mound of acid cream pie. It’s a fun idea, and it will be great to see the title in action as it continues along the road to the big top.

Killer Klowns from Outer Space: The Game is currently in development for PlayStation, PC, and Xbox platforms. Interested goofballs can sign up for a future beta over on the official website. In the meantime, read more about the original movie and how it came to fruition right here.