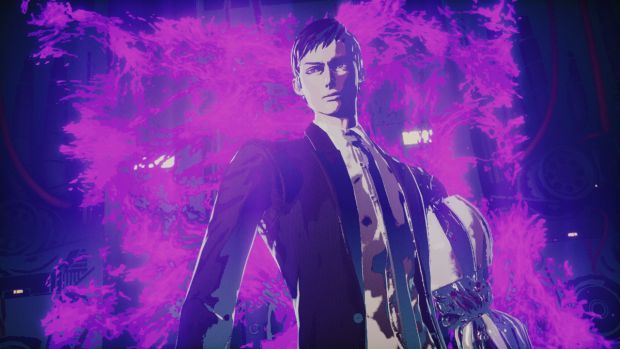 Plus Japanese rock band jesse and The Bonez featured in soundtrack

Yes! Killer Is Dead will feature both Japanese and English voiceover options. This is something I was hoping for forever, as I much prefer the Japanese voice actors over the English ones. As for the English voice cast, you can see who’s voicing who below.

Music wise, Grasshopper has teamed up with popular Japanese rock band Jesse and The Bonez to feature a couple of their songs in the soundtrack. You can expect the tracks Bossman, and Access Violation.

Lastly, this wouldn’t be a Killer Is Dead post without a buttload of new screens. See, look at all those screens. Some of the screens even feature butts! BUTTS!