The new issue of Weekly Famitsu has some interesting tidbits pertaining to A+ Games’ upcoming fighter, based on the immensely popular anime series, Kill la Kill.

Among the tidbits discovered was a very heavy leaning toward the game being as basic as possible, from a fighting standpoint. Players will run around a 3D battle area using “simple controls.” There will be no command or charge moves, with standard D-pad and button presses required for specials. Also, combos will apparently be a case of “button-mashing,” rather than the usual method of timing or cancelling. 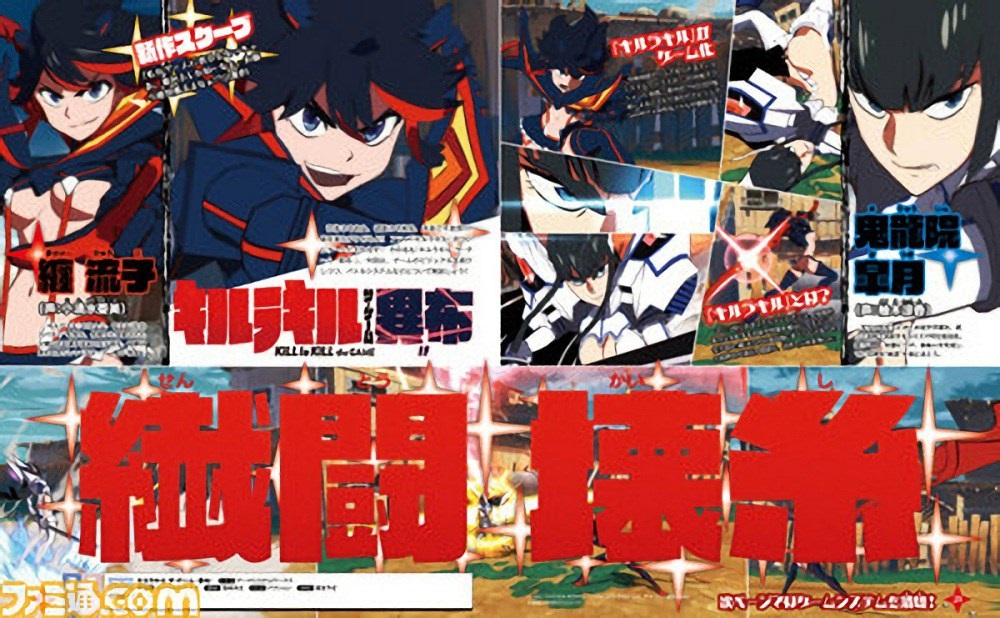 While that latter idea sounds a lot of fun, the idea of just mashing out RPS attacks is raising red flags. Also of note, though published by the magnificent Arc System Works, Kill la Kill is being developed by A+ Games, who recently released the broken and thoroughly boring RPG brawler Little Witch Academia: Chamber of Time.

I generally pride myself on not judging products before completion or release, but given the info here – and the pedigree of the developer – I have concerns that this release might not be up to the task of delivering a fighting experience worthy of its excellent brand. I’m hoping to be proven very wrong.

Kill la Kill The Game: IF is currently in development for PS4 and PC.