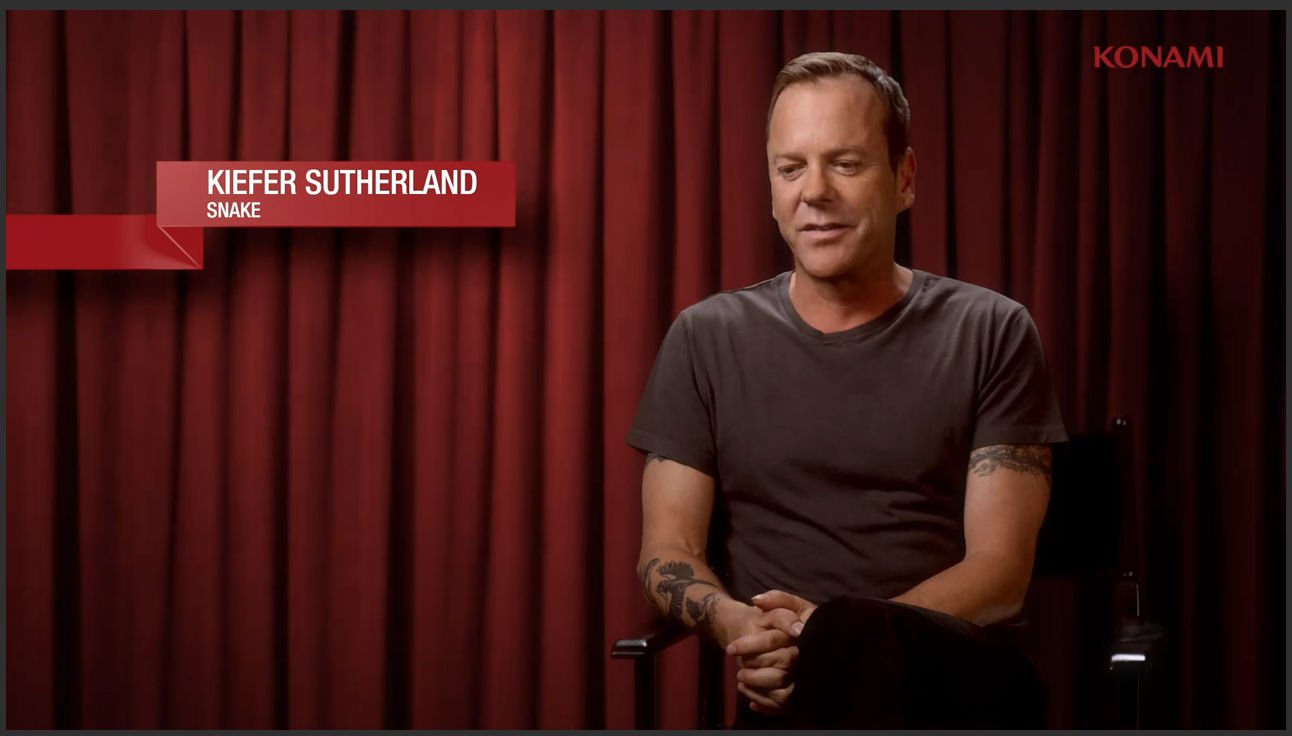 The voice of Snake for Metal Gear Solid V: The Phantom Pain has been revealed today — it’s non other than Jack Bauer himself — Kiefer Sutherland. Kojima stated during Konami’s press conference that the year is 1984, and since Snake is 49 years old, they need an older voice for the role.

Kojima states that he’s the “perfect fit with age and performance.” Sutherland has worked in games before, including Call of Duty: World at War and Street Fighter X Tekken. Honestly, I’m okay with this, as I think he could bring a lot to the role. Besides, it’s not like Hayter ever can’t come back, right?