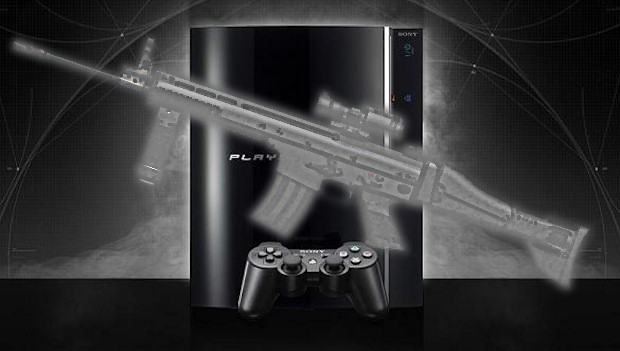 This is one of those real “WTF” stories. An eighteen-year-old is currently facing charges of kidnap and robbery after capturing a teenager and forcing him to buy a PlayStation 3. Kyle Yarkosky was forced at gunpoint by David Daniels, who had an assault rifle, and an unknown “Asian-looking” man with a semi-automatic pistol.

It all began when a truck pulled up in front of Yarkosky and the two assailants got out. Daniels hit Yarkosky with his gun and demanded money. Yarkosky then had to take the two men to his own home, where his stepfather’s credit card was stolen, along with jewelry. Daniels then demanded to be taken to Walmart, where his victim was to use the credit card and buy a shotgun.

Unfortunately for Daniels, the gun counter happened to be closed. He did not want to leave with nothing, however, so he decided instead to get a PS3. Once he had the console, Daniels said that his captive was “free to go.” The kidnapper did not get to sit down and enjoy Talladega Nights on Blu-ray, however, for he was swiftly arrested after the incident. His accomplice is still at large.

If there’s one thing that surprises me above all else, it’s that I’m still able be surprised by the things people do.