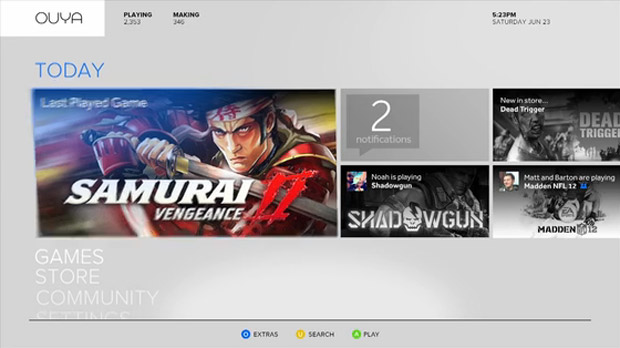 The buzz for the upcoming Android-powered game console Ouya has been out of control lately, and much of that has taken the form of contributions for the system’s Kickstarter campaign. At the time of writing, it has brought in $3,564,131 with a whopping 28 days left to go.

In the project’s first update, the Ouya team says it’s working hard to figure out how to handle the issue of all that extra money; talk about a wonderful problem to have. “Now we want to blow you away. The biggest thing for us right now: we are working on our stretch goals, what we can do if we raise more money. It might take us a few days to figure that out, and we want your help.”

Personally, I really like the open spirit of the Ouya, but I’m skeptical that the games will be able to deliver in the long term. That’s not as much of a concern for many of the Kickstarter contributors, clearly, though it’s a concern I have seen expressed elsewhere and one I’d love to see proven wrong.