There is no escape from the Colonel

In today’s incredibly weird gaming news, KFC has found a way to make working at KFC even more terrifying. Instead of a standard training session, new employees are now put through a virtual reality “escape room” where they’re taught how to make its Original Recipe fried chicken.

The whole thing runs on Oculus and if I’m honest seems pretty damn horrific, but in a world with the KFC game controller, I suppose anything is possible. 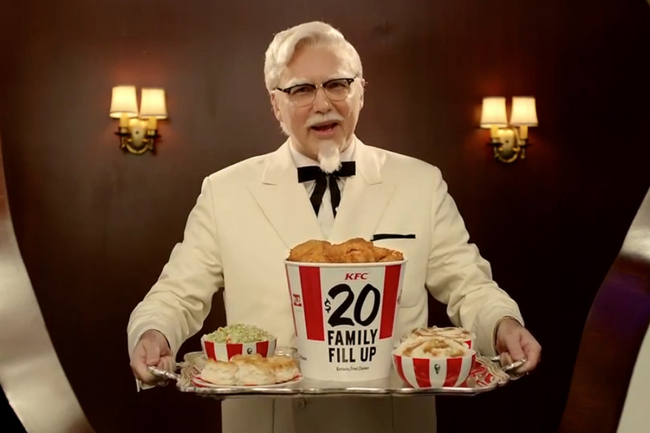 The simulation requires the players to get out of an escape room by demonstrating the five-step cooking process used to make the Colonel’s chicken. They’ll have to inspect, rinse, bread, rack, and finally pressure fry the chicken. Through all of this, you’ll be guided by the Colonel or maybe haunted is the better term.

Eater apparently received information on this Kentucky fried right of passage in a press release from the company itself, but why do this at all? Well, according to the release, this experience takes only 10 minutes, as opposed to the 25 minutes it would take in the real world. Also, it avoids wasting product on training.

As far as KFC’s weird gimmicks go, this one is especially strange and expensive. Unless of course all of those headsets fell off a truck.

You can watch a full video playthrough over on Eater’s site.