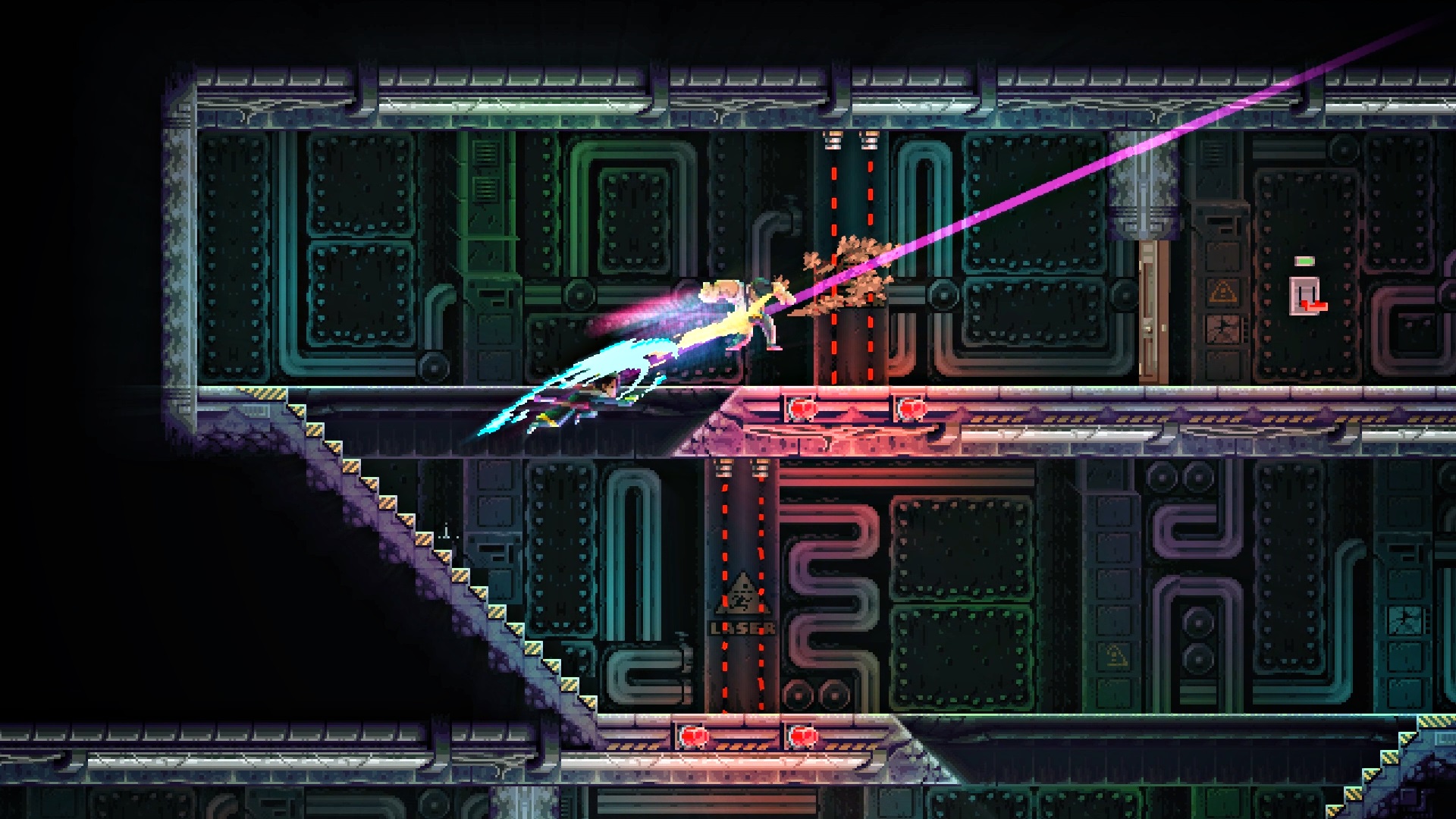 Yes, that should work

Fast, loud, vibrant, and violent. Devolver Digital’s newest signee Katana Zero wastes no time making an impression, filled to the brim with the sort of constant carnage you’d expect from a game about a contract-killing samurai. It’s immediately cool in a way that Bad Boys or John Wick is immediately cool. (Is Bad Boys still cool?)

But it’s impossible to deny its DNA, and Katana Zero quite obviously models itself after one of the most influential and successful indie games of all-time: Hotline Miami. It’s everywhere. Although the format is different — Katana Zero opts for a side-scrolling view rather than a top-down vantage point — it bleeds Hotline Miami. Each level is a flurry of melee attacks (this samurai doesn’t have guns, at least not in the hour-long demo I played), one-hit deaths, and strategic route-finding. Katana Zero even does that thing where you kick in doors and the enemy on the other side automatically dies.

It’s not a problem. Despite its inspirations, Katana Zero very clearly stands on its own merits. The sword attack has this sharp and clean finesse about it, the sort of brutal tactility that makes every foe slain feel like a perfectly-timed strike. Rolling is a viable defense, as it grants temporary invincibility (don’t question the logic). There’s even an ability to slow time, leaving ample opportunity to deflect bullets back toward whomever fired them. Strung together properly, all this can feel like a beautiful ballet of murder. Botched — this will happen often — and it’ll send you back to the beginning of the screen with the frustrating knowledge that you could’ve done better.

What’s all this killing in the name of? It’s tough to tell. Katana Zero‘s opening chapters are a misleading barrage of identity crisis, strange dreams, and Manchurian Candidate-like undertones. The protagonist lives in a run-down apartment, adjacent to some constantly-partying neighbors and an overly-curious little girl. He regularly sees a therapist who asks introspective questions before ending each session by administering some sort of injected drug. He receives a new target to kill every single day. On day two, it’s a famous DJ and he’s under strict instructions, no matter the circumstances, to not talk to the musician. It’s all very weird.

Katana Zero has a neat approach to dialogue, and this is where the player might be able to sort of carve their own identity. While other people are talking, there’s always an option to respond before they finish — rudely cutting them off and likely ending the conversation right then and there. Otherwise, there are paths to finding out new information and creating cover for yourself.

For instance, a nosy hotel clerk asked about my business, prompting me to mindlessly respond that the kimono was my bathing garb. On the way out, after murdering a few dozen henchmen, cops were patrolling the lobby. One asked why I was covered in blood. I told him it was cosplay. The clerk blew the whistle on me, saying my story had changed and that I was there to bathe. I didn’t get out of that lobby without a fight.

After each successful screen, Katana Zero plays back a security camera feed of your flawless run alongside the message “Yes, that should work.” It almost feels backhanded in a way, like the game is telling you “Eh, good enough, I guess.” Still, it was the persistent phrase that kept popping into my head when thinking about Katana Zero. Even though it shares a lot with the likes of Hotline Miami, it does more than enough to distinguish itself as something unique. That’s important. Yes, that should work. That should work just fine. And I don’t mean that in a backhanded way.

[This preview is based on pre-release PC code provided by the publisher. Katana Zero is expected to launch in March 2019 on PC. Console ports have been teased, but developer Askiisoft hasn’t officially announced anything yet.]