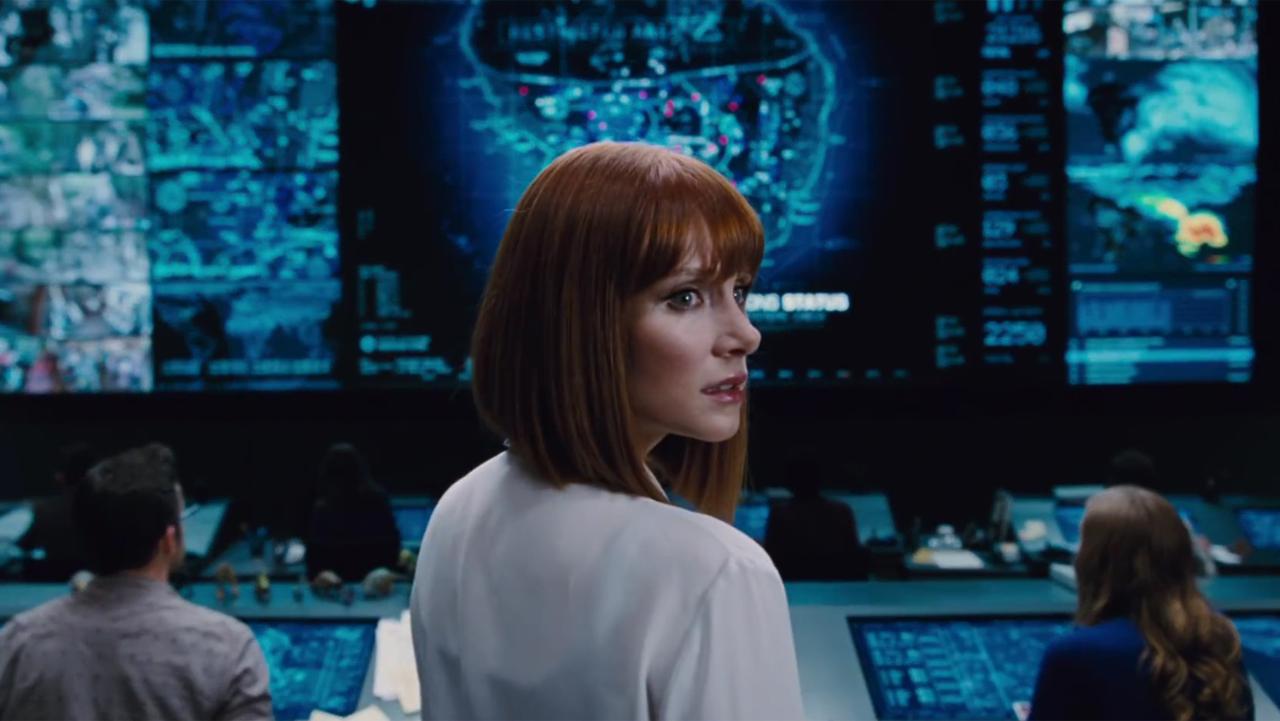 Bryce Dallas Howard repirses her role from the films

Frontier Developments will be releasing some new premium DLC for its popular management sim Jurassic World Evolution this month. Titled Claire’s Sanctuary, the DLC pack will be hitting PC, PS4, and Xbox One on June 18, 2019, for $14.99. Included will be a brand new campaign that sounds like it’s inspired directly by Jurassic World: Fallen Kingdom, tasking players with rescuing the dinosaurs before a volcano erupts on Isla Nublar. Better late than never, I suppose.

Claire’s Sanctuary sees the return of star Bryce Dallas Howard, reprising her role as Claire Dearing from the newer films. The description reads, “Players will return to Isla Nublar in a race against time to rescue the island’s remaining dinosaur inhabitants from the eruption of Mt. Sibo and relocate them to Sanctuary Island, where players will be tasked with building them a new home under guidance from Claire Dearing.” That could be an explosively good time…

As well as the new campaign, Claire’s Sanctuary will introduce a slew of new structures, features, and a few extra dinos to raise. The Albertosaurus, Euoplocephalus, and Ouranosaurus will be hatchable and players will be able to pen them with new plants tailor-made for them. A Greenhouse facility will let players research extinct fauna for their parks, which should give a unique flavor to their creations. A new off-road truck will even let your guests get an up-close look at the wildlife growing within your walls.

If you aren’t keen to drop money on this new DLC, a free update arriving the same day will include extras for everyone. Brand new types of rocks and flora will be present, some dinosaurs are getting tweaks to their stats, the Gyrosphere and monorails will be getting improved, and some unnamed quality-of-life changes will be made. There won’t be any additional missions as the free update is focused on creative options instead of campaign content.